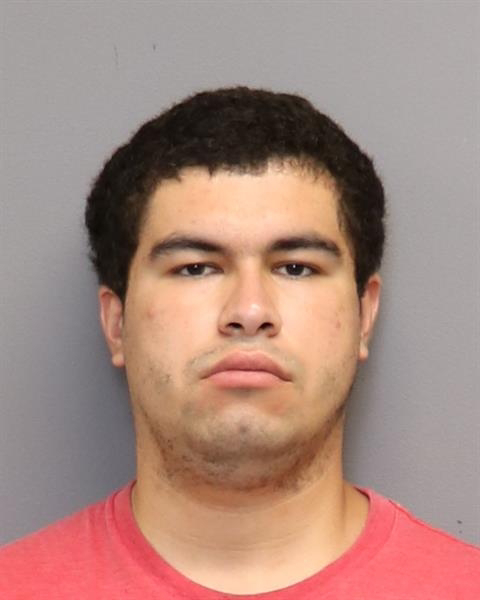 Child abuse detectives with the Anne Arundel County Police Department have arrested a Severna Park man in connection with the sexual assault of a child at the YWCA in Arnold.
On March 15, 2021, detectives received a referral from the Department of Social Services in regards to a sex offense involving a child. Further investigation revealed that a childcare associate at the “Y”, located in the 1200 block of Ritchie Highway, Arnold, Maryland was located in a room supervising multiple children. Surveillance footage displayed the childcare associate sitting on the floor with a child on his lap. The video went on to show the child care associate, identified as Vincent Santiago Dominick, a twenty-three year old male from the six hundred block of Cypress Road, Severna Park, Maryland, engaged in unwanted sexual contact with the child.
When the father of the child arrived to retrieve his child, he witnessed his child sitting on the lap of Mr. Dominick. The father quickly removed his child from the care of Mr. Dominick and reported the incident to staff at the “Y” as the incident was immediately reported to the Department of Social Services. The “Y” immediately removed Vincent Dominick from having any further contact with children as an investigation was launched. Detectives conducted interviews and reviewed digital evidence as the investigation progressed.
Working in conjunction with the Anne Arundel County States Attorney’s Office an arrest warrant was obtained. Child Abuse Detectives submitted an application to the Anne Arundel County Court Commissioner’s Office as a warrant was issued for the arrest of Vincent Dominick charging him with a 4th Degree Sex Offense. On June 22, 2021, Mr. Dominick was placed under arrest without incident and served a copy of the warrant.
As this is still an active and ongoing investigation the Anne Arundel County Police is urging anyone with information on this or other incidents involving the suspect, Vincent Dominick, to contact the Anne Arundel County Child Abuse Unit at 410-222-4733. Callers wishing to remain anonymous are asked to contact the the Anne Arundel County Tip Line at 410-222-4700 or Metro Crime Stoppers by calling 866-7LOCKUP or submitting a tip online at at https://www.p3tips.com/community/index.htm.