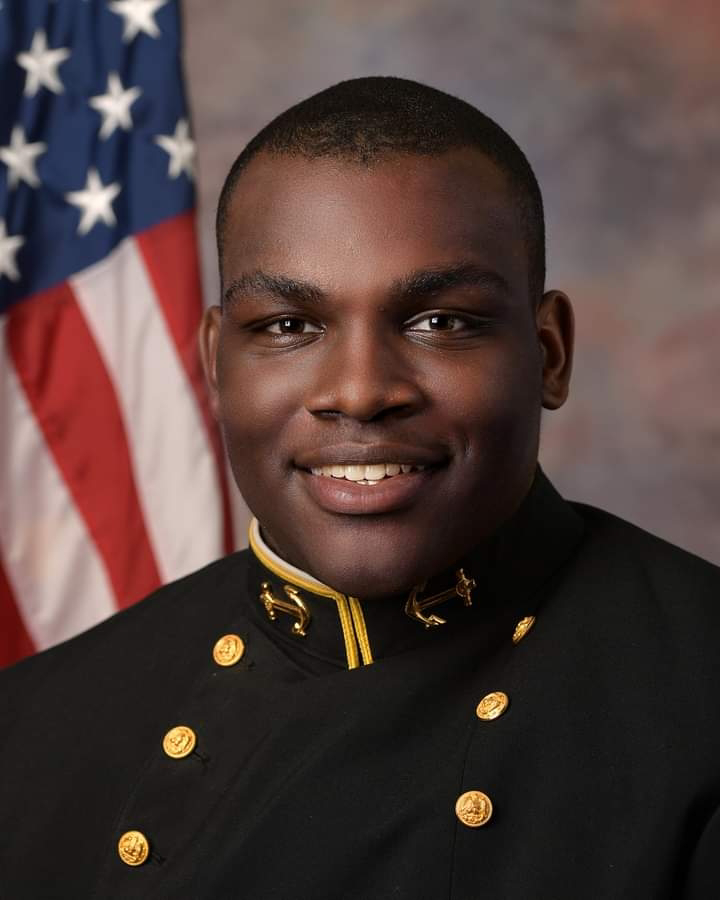 Officials with the United State Naval Academy have identified the midshipman who was recently found dead.
Midshipman Michael Myles James, 22, of Hiram, Georgia, was found unresponsive the morning of June 23 while on leave from the U.S. Naval Academy. The cause of death is being investigated; foul play is not suspected.
"We are incredibly saddened by the death of Midshipman Myles James,” said Vice Adm. Sean Buck, 63rd Superintendent, U.S. Naval Academy. “My wife, Joanne, and I, on behalf of our Naval Academy family here in Annapolis including the many midshipmen, faculty, and staff who had formed close bonds with James, offer our deepest condolences to his family.”
James was born in Plainfield, New Jersey, but grew up in Hiram, Georgia, where he was raised by his uncle, Linwood Welch Jr. He graduated from McEachern High School in Powder Springs, Georgia, where he played football and wrestled.
Upon high school graduation, James attended the Naval Academy Prep School (NAPS) before being selected for admission to the Naval Academy and reporting to Annapolis with the Class of 2022 in June of 2018. He was a member of the 9th Company (later 19th Company), an English major, and played football his plebe year.
Counseling services and support are available to midshipmen, faculty, and staff through chains of command, chaplains, and the Midshipmen Development Center.
Funeral arrangements are pending, and more information will be provided as it becomes available. The Naval Academy will continue to support James’s family, friends, and loved ones during this time of grief.