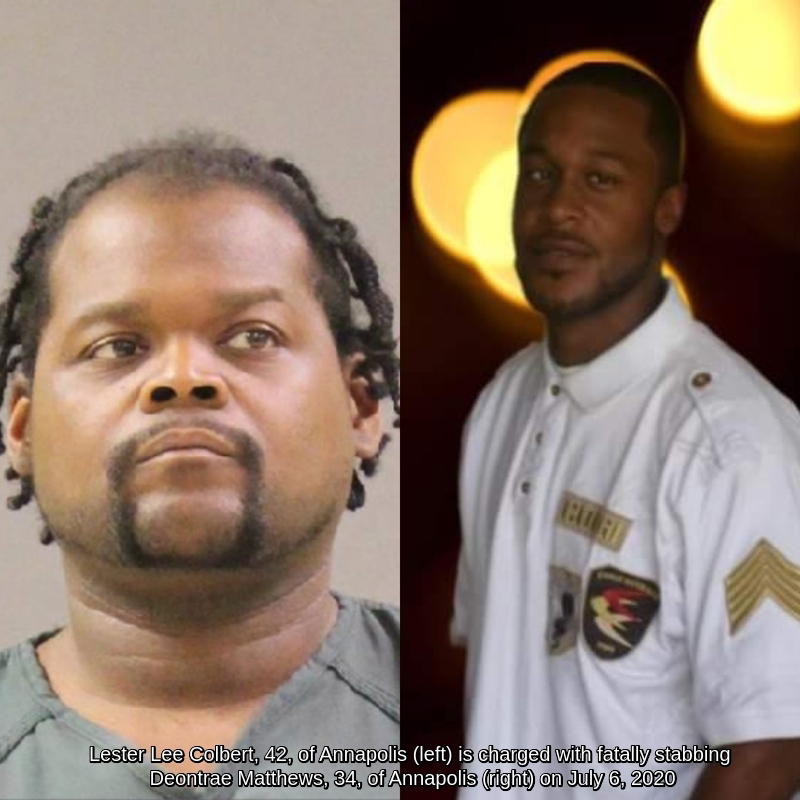 The first degree murder trial in connection with a fatal stabbing that occured in Annapolis last summer has ended in a mistrial.
An Anne Arundel County jury was unable to reach an unanimous verdict in the case of Lester Lee Colbert which began on June 15, 2021.  Detectives with the Annapolis Police Department arrested Colbert, 42, and charged him with killing Deontrae Matthews nearly a year ago.
It is unclear if the case will be retried by county prosecutors.
On July 6, 2020, at 1:07 a.m., officers responded to the 1000 block of Baywind Drive for an injured person. Upon arrival, officers located Deontrae Lemont Matthews, 34, bleeding from an apparent stab wound. Mr. Matthews was transported to an area hospital where he later died.
On August 14, 2020, members of the Annapolis Police Department's Criminal Investigation Section obtained an arrest warrant for Mr. Colbert in connection with the homicide of Mr. Matthews.  Detectives subsequently responded to a location in Baltimore known to be associated with Mr. Colbert.  Aided by the Baltimore Police Department, the detectives were able to take him into custody without incident.