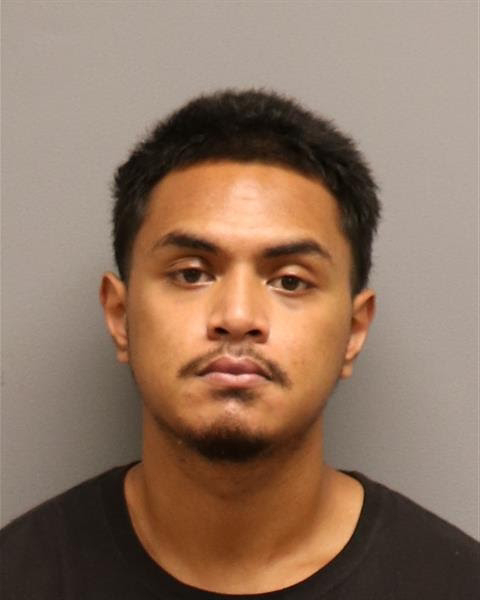 Anne Arundel County Circuit Court Judge Stacy McCormack has sentenced a 21 year old man from Severn to nearly 30 years in prison after he plead guilty to shooting a man in October 2020.
Philip Leupolu plead guilty to second degree attempted murder and use of a handgun in a crime of violence.  He was sentenced to 60 years suspend all but 28 years in prison. Leupolu was on probation for a felony assault case at the time of the shooting and will also serve a concurrent 12 year sentence for violation of probation.
On October 4, 2020 at approximately 6:50 p.m., officers responded for shots fired followed by a vehicle, a black Volvo, that had crashed into a pole in the area of Raleigh Drive and Sebring Court in Severn. Upon arrival, officers located the 21 year old victim on the ground outside his vehicle with an apparent gunshot wound. The suspect, described by witnesses as a black male and by the victim as a Hispanic male, had fled on foot in an unknown direction. Officers observed a large amount of suspected marijuana in plain view inside the Volvo, which was seized for further investigation.
Leupolu was located on October 7, 2020 in Kent County and charged accordingly. During the arrest, officers recovered a  loaded 80% Glock style .40 caliber handgun and ammunition.
“The defendant turned a personal dispute into a violent attack on the victim. This brazen crime and his history indicates he is truly a danger to our community and this sentence will prevent him from committing violent acts for many years,” said State’s Attorney Anne Colt Leitess. “I hope that the victim fully recovers from his injuries.”