Laurel Narcotics Investigation Ends With Seizure of Drugs Worth More Than $6,000, Police Say 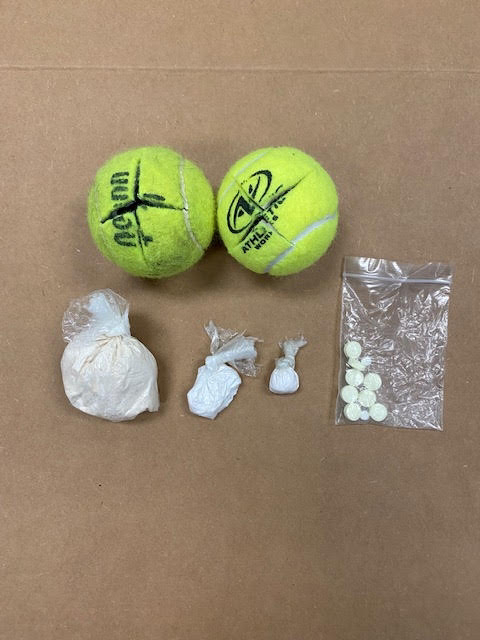 More than $6,000 worth of illegal drugs have been taken off the streets in Laurel following an investigation led by the Anne Arundel County Police Department.
On June 8, 2021 at approximately 7:30 p.m., officers observed a suspected hand to hand drug transaction at the Exxon gas station located at 3384 Laurel Fort Meade Road in Laurel. A vehicle, driven by a subject known by officers to be unlicensed, drove up to the gas pumps in a blue Honda, however did not exit the vehicle. Moments later, a second subject approached the vehicle and engaged the driver in a suspected drug transaction.
The second subject then walked away towards the neighboring McDonald’s parking lot. Officers made contact with both suspects, and the second subject was found to be in possession of approximately 1.5 grams of suspected marijuana. He was chagered on a citation and released from the scene. The original subject in the vehicle was found to be in possession of 23.06 grams of marijuana and a digital scale.
Detectives obtained a search warrant for the subject's residence located in the 3500 block of Falling Run Road in Laurel. The search warrant resulted in the seizure of two tennis balls (sliced open) containing 46.12 grams of suspected heroin/fentanyl (estimated value $5534.00), 5.92 grams of suspected cocaine (estimated value $592.00) and 10 Oxycodone pills (estimated value $250.00).
The suspect was arrested, charged and identified as:
Dion Watkins
DOB: 10/10/94
3500 block of Falling Run Road
Laurel, Maryland