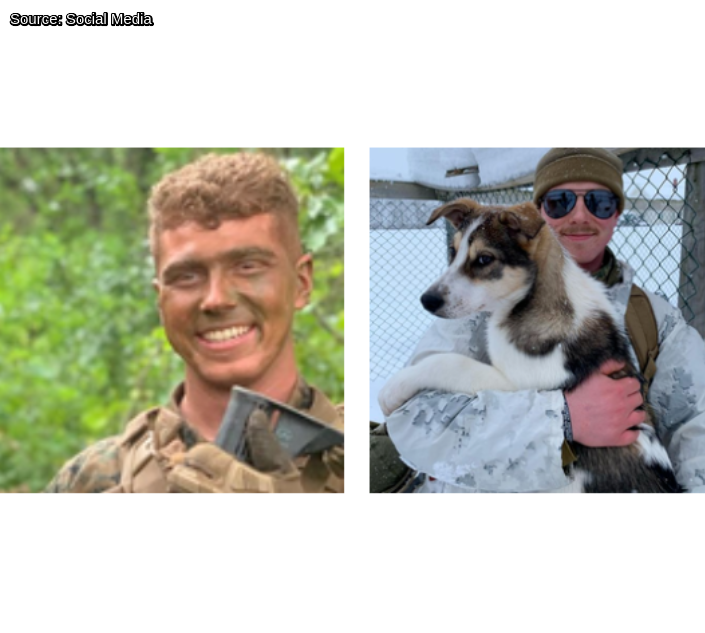 A GoFundMe page has been created to assist the family of Noah Blonder, a 21-year Crofton resident and Marine, who died following an accident in Severna Park.
$350 had been raised as of 11:30am on Monday, June 7, 2021. "The money raised will help with any expenses that the family would need," the fundraiser description reads.
To donate or to learn more, go to: Fundraiser to Assist the Family of Noah Blonder
On June 5, 2021 at approximately 3:57 am, officers responded to Baltimore Annapolis
Boulevard in the area of Alameda Avenue in Severna Park for a crash involving a vehicle into a fence. A 2015 Honda Civic was traveling south on Baltimore Annapolis Boulevard in the area of Alameda Avenue. The Honda crossed the center line and went off the left side of the roadway.
The Honda went through a fence at 783 Baltimore Annapolis Boulevard and struck a parked vehicle  in the driveway, then came to rest in the front yard. The force of the impact pushed the parked vehicle into the dwelling causing damage to the foundation. Two other vehicles which were  parked on the property were damaged by debris.
Blonder, the vehicle's passenger, was pronounced dead at the scene. The driver of the vehicle was transported to an area hospital with serious injuries.
Speed and alcohol may have been factors in the accident.  The investigation is going.