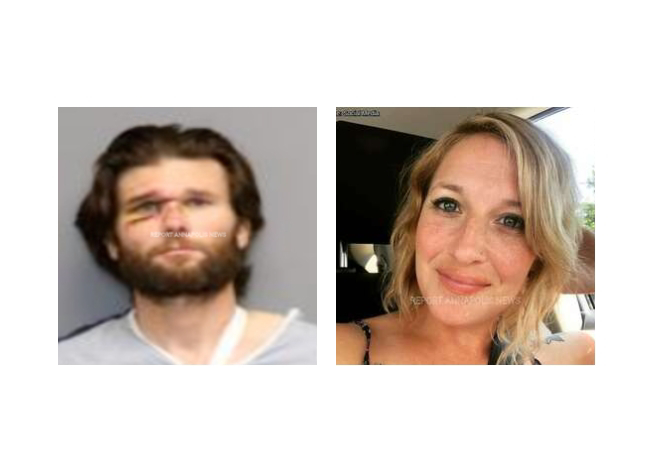 Annapolis Police Department detectives have arrested a local man on charges related to the death of 38 year old Erica Bonora, the woman recently found dead inside her apartment on Spa Road.
Zachary Charles Murphy, 38, was arrested on June 24, 2021.  He was charged with second degree murder, first and second degree assault and numerous traffic offenses. Murphy is being held at the Jennifer Road Detention Center without bond.
On June 19th at 2:48 p.m., officers responded to an apartment in the 1000 block of Spa Road for a welfare check.  Upon arrival, officers located Bonora inside the residence with signs of trauma to her upper body.  She was pronounced dead on the scene.
Officers learned that Bonora's vehicle, a 2011 Nissan SUV, was missing. Hours later, officers located the vehicle being driven by Murphy in the area of Spa Road and Forest Drive. Officers attempted to stop the vehicle and Murphy fled from police. Officers pursued the vehicle until he crashed into a tractor trailer in Prince George's County.
Investigators believe Murphy and Bonora 'knew each other," but did not elaborate further.
Bonora will be buried in a Stevensville cemetary following a funeral service in Chester Maryland on June 29, 2021, according to an online obituary. She was reportedly working at a Bowie area pre-school prior to her tragic death.