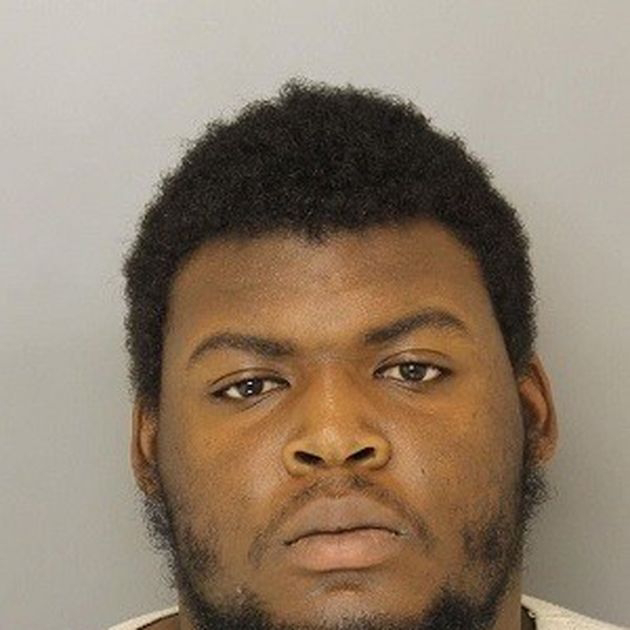 An Anne Arundel County jury recently found a Baltimore man guilty of crimes related to an arrest nearly a year ago in Annapolis after he had previously been found guilty in Baltimore County on an unrelated manslaughter charge.
After trial, Robert Davis, 27, was subsequently sentenced to five years in prison for several charges including illegal possession of firearm after conviction of  a disqualifying crime, possession of a loaded handgun on person and Illegal possession of ammunition.
On August 27, 2020, an Anne Arundel County police officer was on patrol in the area of Solomon Island Road and West Street in Annapolis when he observed a gray Lexus with a right rear tail lamp out. The police officers initiated a traffic stop, approached the vehicle where the driver identified himself as Gregory Lee Jacobs.
The driver immediately advised the police officer that he was on his way to pick up his girlfriend’s child and asked the nature of the stop. The driver was advised that the rear tail lamp was out and could not produce a driver’s license. The driver stated that his name is Gregory Lee Jacobs. The police officer checked the database for the name Gregory Lee Jacobs and found that there was an active failure to appear warrant. At this time, the driver was asked to step out of the car and was taken into custody for the warrant.
During a search incident to his arrest, the defendant shifted away from the police officer before being placed in the front seat of the police car. Once handcuffed and placed in the front seat of the police car, the defendant continued to move and shift the entire car ride even after the police officer commanded him to stop.
The defendant only stopped moving after the officer heard a "clang" sound causing the police officer to check his vehicle again, where he found a handgun on the rear passenger seat floorboard and slightly caught between the seats of the vehicle in the exact location where the defendant was seated. At the detention center, Davis provided booking officers with the name of Gregory Lee Jacobs.
The officer ran his fingerprints and discovered that the individual’s real name is Robert Jamar Davis. Further investigation revealed that Davis is on supervised probation for a manslaughter charge and prohibited from possessing any firearms.