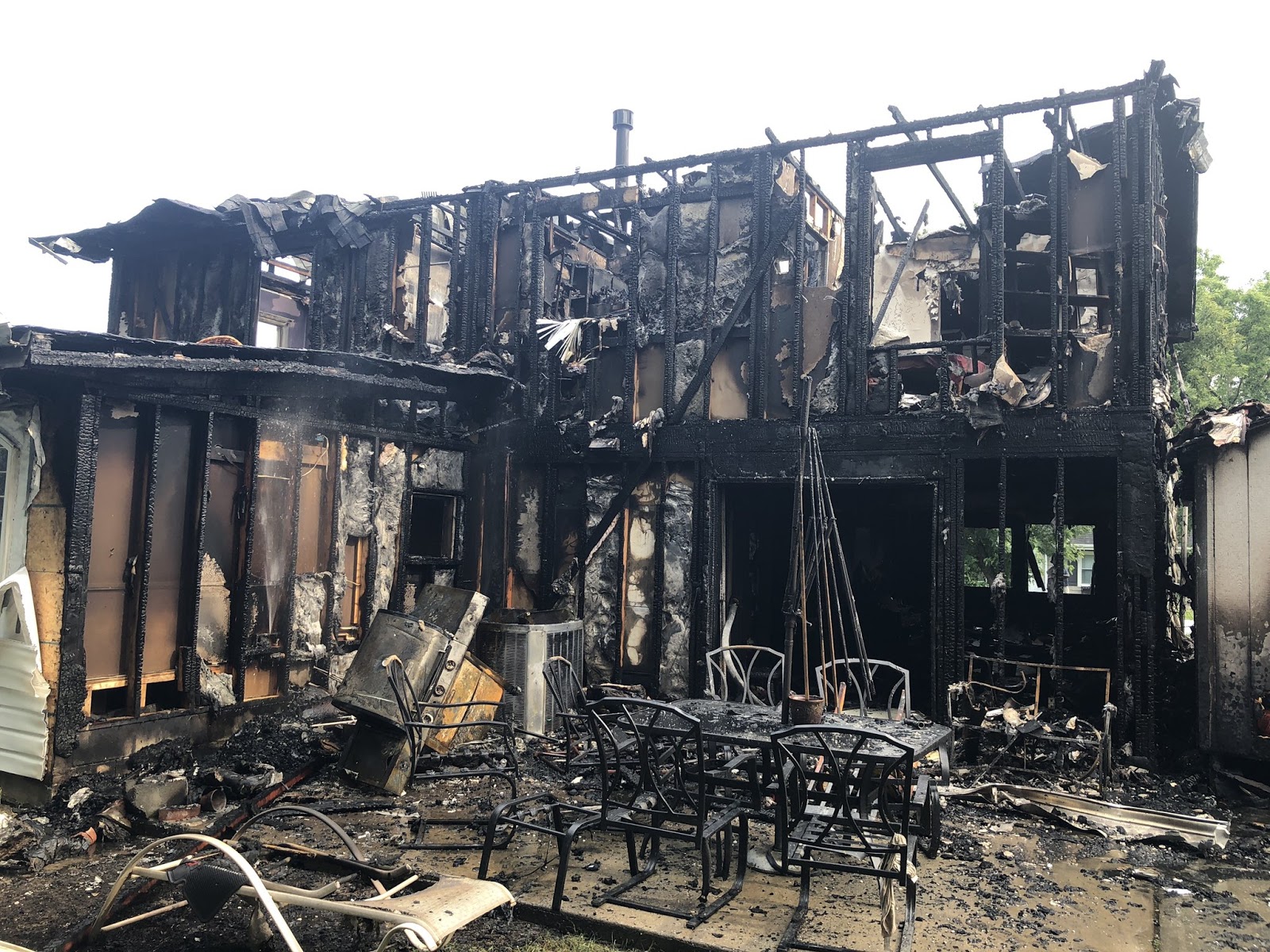 An Anne Arundel County Firefighter was injured while battling a home fire in Severn which has left a family of 7 displaced.
Shortly after 4pm on Sunday, June 20, 2021, firefighters responded to multiple 911 calls reporting a residential single-family dwelling fire in the 1900 block of Foxhole Court. Upon arrival, firefighters found a split foyer style home fully engulfed in a fire. The fire had also began spreading to the siding of the home.
Firefighters extinguished the fire which is believed to have originated in the back of the home before it extended to other parts of the home.
The occupants who were home at the time of the fire were able to escape without injury. The Red Cross is assisting the seven adult residents that have been displaced.
The cause of the fire is under investigation by members of the Anne Arundel County Fire and Explosives Investigation Unit.