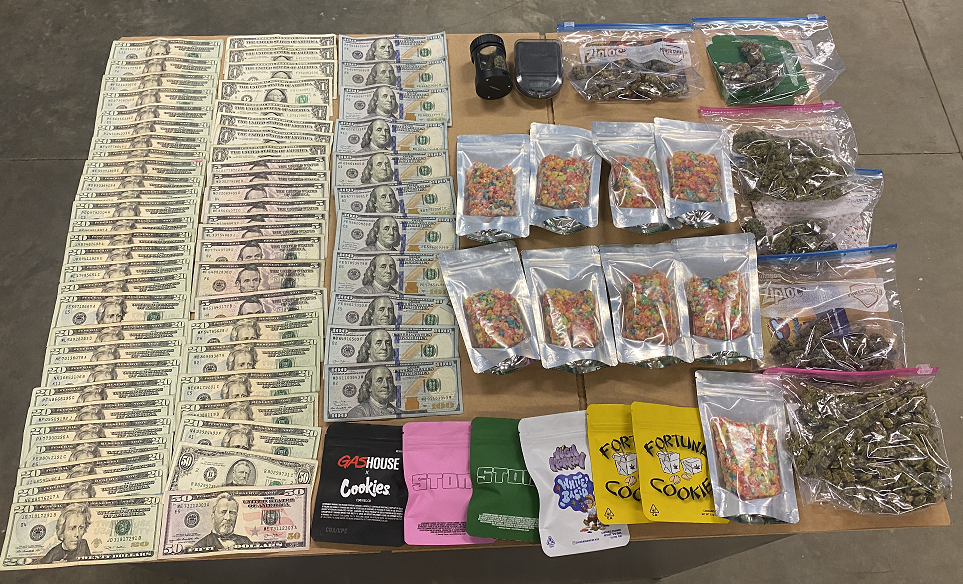 A significant amount of marijuana was recovered by police while conducting a traffic stop in the Glen Burnie area.
On June 28, 2021 at approximately 7:45 p.m., an officer assigned to the Eastern District conducted a traffic stop on a gray 2008 Gray Nissan Sentra in the area of Oakwood Road and Hospital Drive. Upon approaching the vehicle and speaking with the occupants, the officer received information which led to a search of the vehicle resulting in the seizure of 1004.45 grams of suspected marijuana, paraphernalia and $1913.00 in cash.
The passenger was arrested, charged and identified as:
Sariel El’Jaliyl Conway
DOB: 06/19/1999
Unit block of Samantha Court
Owings Mills, Maryland