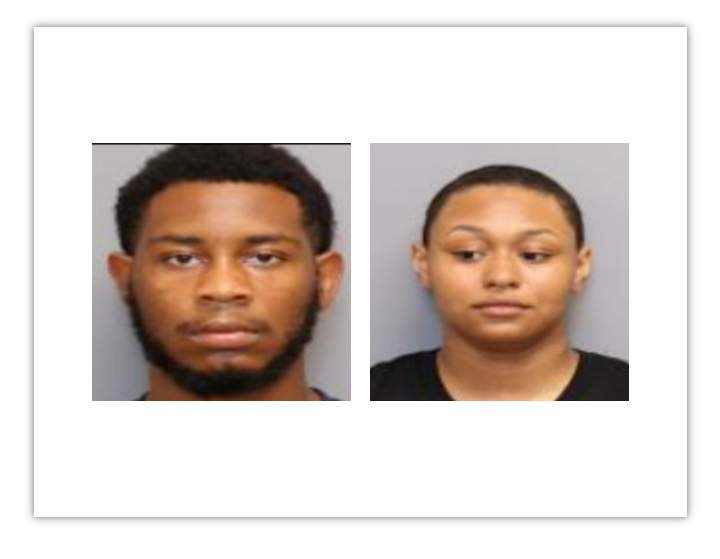 A man and woman from the Brooklyn Park area were arrested after a woman reported that a gun was pointed at her while driving in Pasadena.
On June 8, 2021 at approximately 7:35 p.m., officers responded to the area of Fort Smallwood Road and Cabot Drive in Pasadena for a report of an assault with a handgun. The adult female victim reported she was driving along Fort Smallwood Road when a Gold Acura, driven by an adult female, pulled up next to her vehicle. The male passenger of the Acura pointed a handgun at the victim. The Acura then pulled away and turned onto Pittman Road, a dead end street.
Officers located the occupied suspect vehicle parked, backed into the woods at the end of Pittman Road. The victim identified the male as the person who pointed the handgun at her. 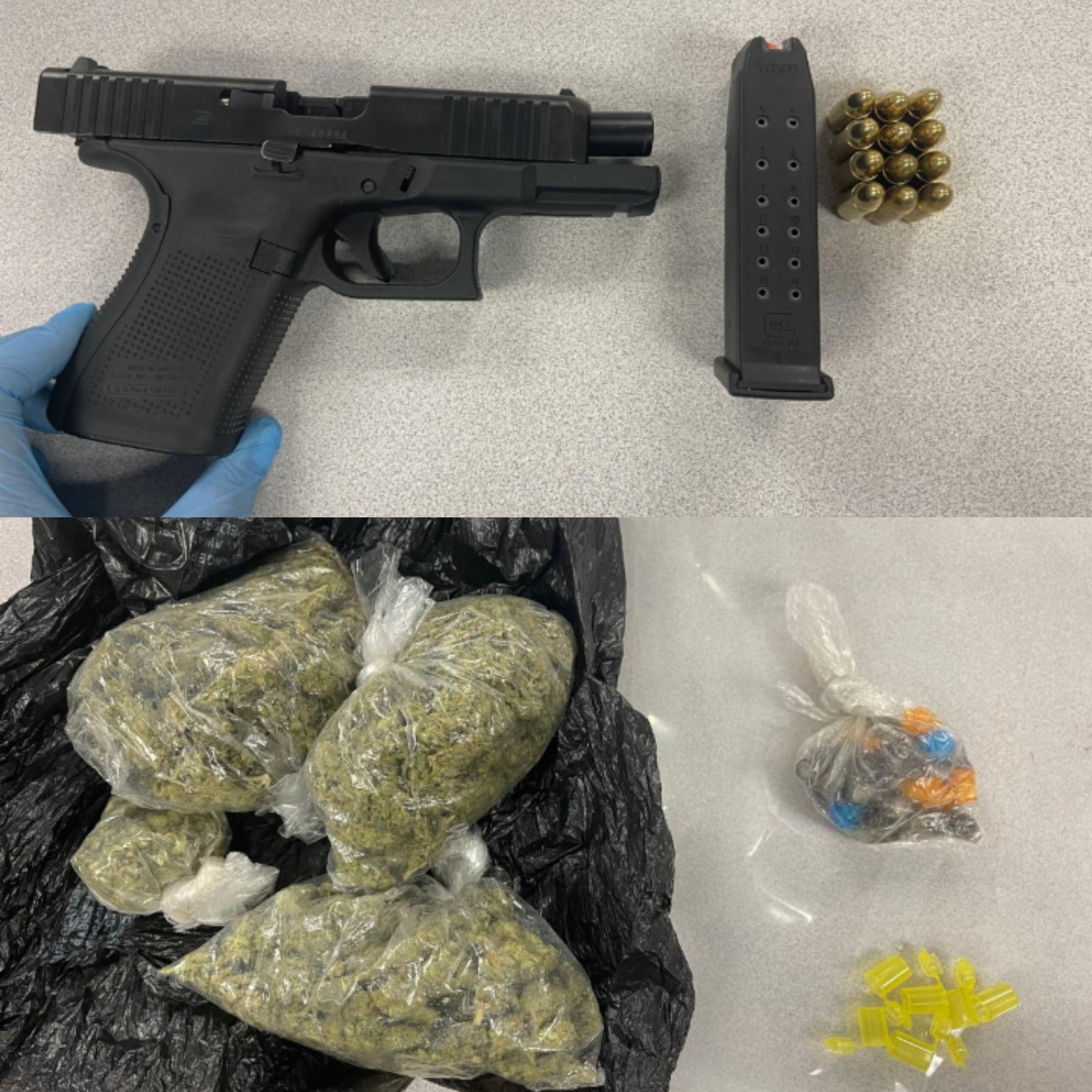 A search of the vehicle resulted in the recovery of approximately 101 grams of suspected Marijuana, approximately 14 grams of suspected crack cocaine and an unloaded 9mm Glock 19 handgun and 12 9mm rounds of ammunition.
Both the driver and passenger were arrested, charged and identified as:
Keyon Lamont Thomas
DOB: 11/29/1998
1600 block of Church Street
Brooklyn, Maryland
Iman Michelle Johnson-Jackson
DOB: 01/27/1998
4800 block of Curtis Avenue
Baltimore, Maryland