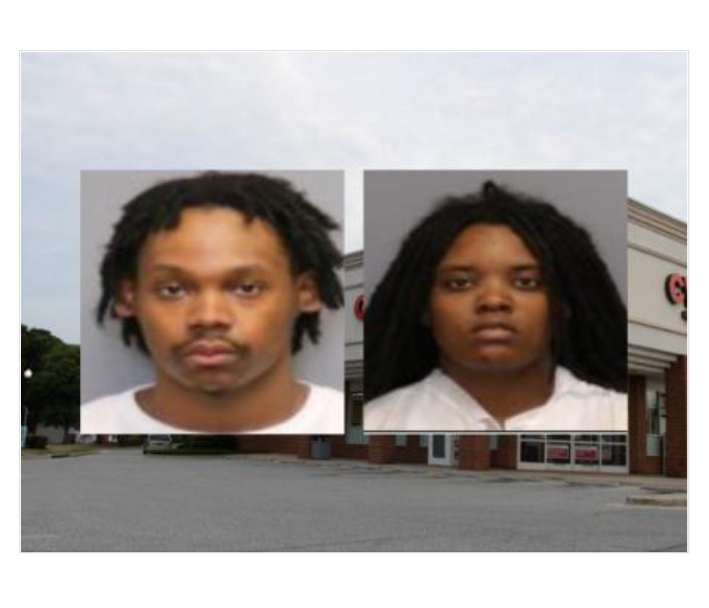 Three suspects have been arrested and one remains at large in connection with the tying up and robbery of employees at the CVS Pharmacy in Pasadena.
On May 26, 2021 at approximately 1:08 a.m., officers responded to the business located at 28 Magothy Beach Road for a robbery in progress called in by an off site employee monitoring cameras. The caller advised employees were being tied up by suspects. Officers arrived on scene and the getaway driver immediately drove out of the parking lot at a high rate.  Simultaneously, three suspects ran out of the CVS and across the parking lot, dropping a trash bag containing pills, controlled medications, and money.
Officers pursued the getaway vehicle and ultimately apprehended the driver after deployment of a tire deflation device ended the vehicle pursuit on I495 near Kenilworth Avenue in Prince George's County.
Two of the three suspects who fled on foot from the CVS entered the Green Turtle restaurant located at 20 Magothy Beach Road in Pasadena. The security alarm notified police communications and officers were dispatched to the business for the kitchen roof hatch/door of the building. Officers surrounded the area and with the assistance of an Anne Arundel County Fire Department ladder truck, access was gained to the roof of the restaurant. Patrol and K-9 officers convinced the two suspects inside the restaurant to surrender peacefully and they were taken into custody without incident.
Three of the four suspects involved in this incident have been arrested and charged.
Ashley Monique Gause (right picture)
DOB: 6-22-92
1500 block of Tanner Street SE
Washington, D.C.
Terrance Clifton Brown (left picture)
DOB: 6-16-00
2600 block of Southern Avenue
Oxen Hill, Maryland
Rashad Mitchell (not pictured)
DOB: 4-5-90
4800 block of Linnen Avenue NW
Washington, D.C.
Suspect #4:
Unknown; B/M, dark clothing
Investigators are still searching for the fouth suspect.  Detectives are asking anyone with information regarding this incident to call 410-222-4720.