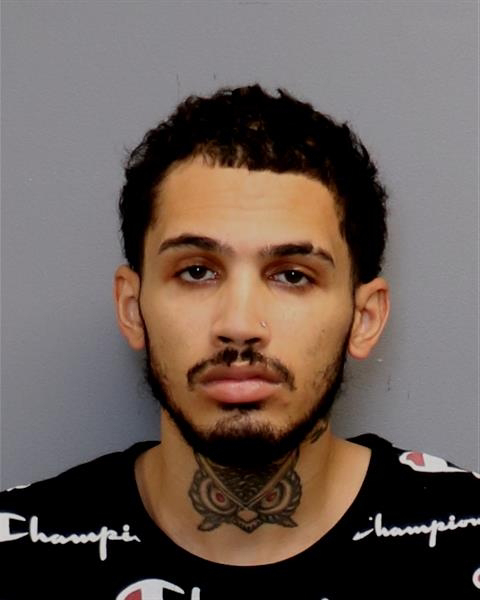 The seizure of suspected fentanyl and marijuana in Glen Burnie led to the arrest of a twenty-two year old local man, Anne Arundel County Police said today.
On December 2, 2020 at approximately 8:20 p.m., officers observed an occupied white Volkswagen Jetta parked in the parking lot of a closed office park in the 800 block of Landmark Drive in Glen Burnie. Upon approaching the vehicle, officers observed a suspected marijuana cigarette in plain view within the vehicle. Further investigation resulted in a search of the vehicle which resulted in the recovery of a small bag containing a small amount of suspected marijuana.
The driver,  Eric Carlos Brown Jr., was found to be in possession of a bag containing 26 capsules of suspected heroin/fentanyl. He was placed under arrest and charged accordingly.