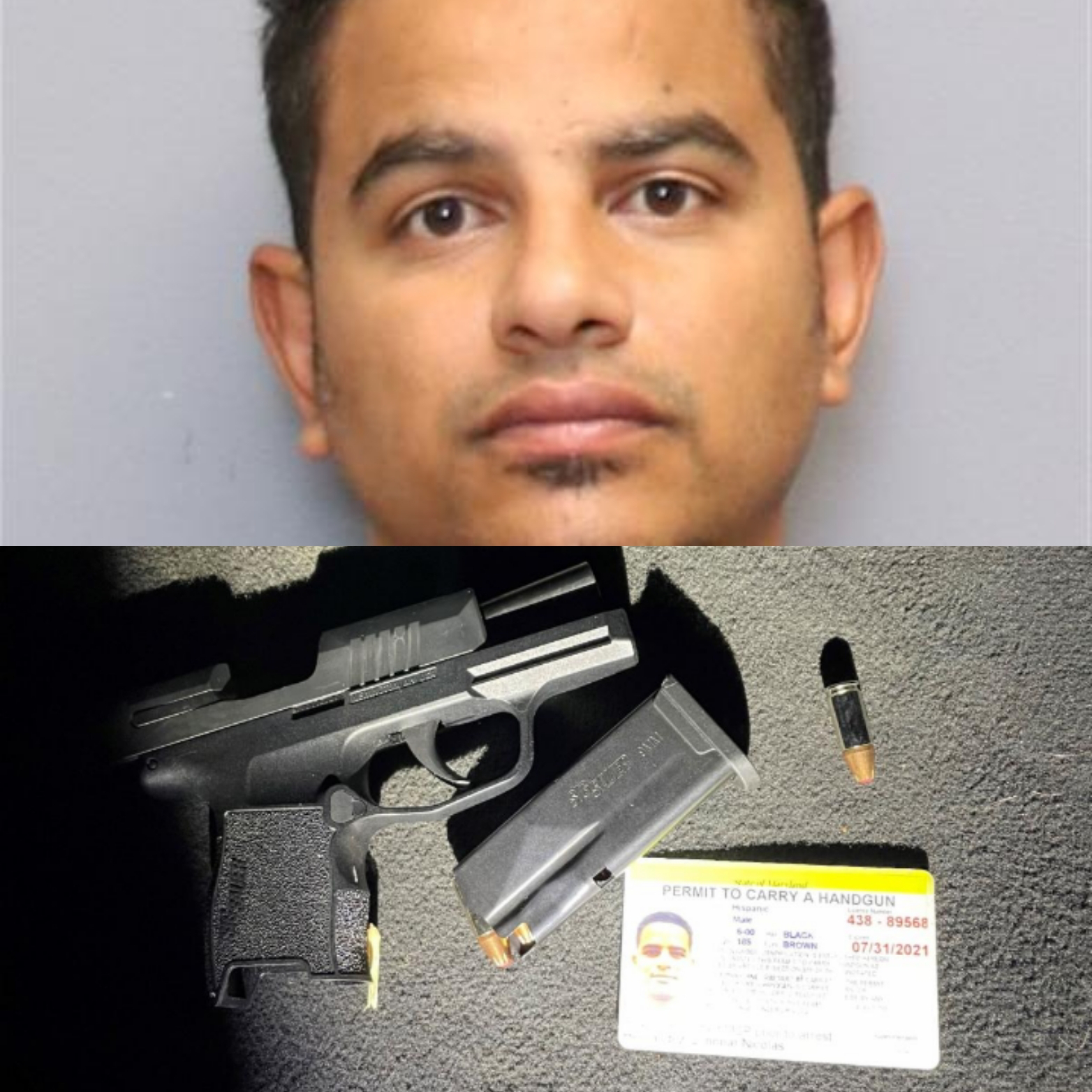 After investigating a report of shots fired, county police officers made one arrest, department officials said this morning.
On December 8, 2020 at approximately 12:20 a.m., officers responded to the 7600 block of Sandy Farm Road in Severn for gunshots heard in the area. The victim stated an unknown male pulled up in front of the residence and began yelling in the street.  The victim told the suspect to leave. The suspect started to drive away, stopped, exited his vehicle, and then fired several shots towards the victim. The suspect then drove away. Officers located the suspect’s vehicle parked at a nearby residence.
They made contact with the suspect and he was detained.  A loaded, 9mm handgun and a shell casing were recovered from the vehicle. The suspect, Johnnar Nicholas Hernandez, 39, was arrested and transported to Central Booking.
No injuries were reported and no damage was located as a result of this incident.