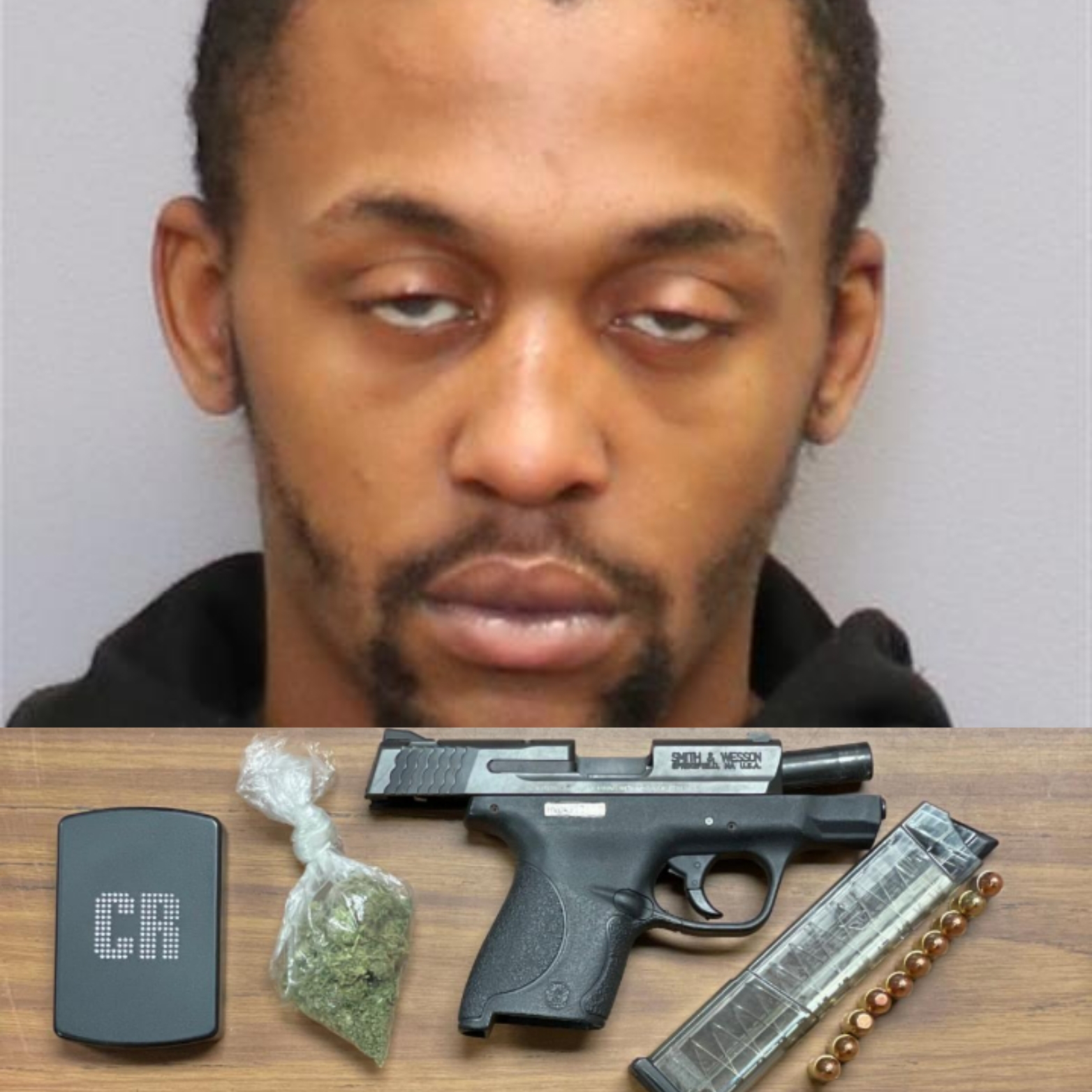 A twenty-four year old man was arrested on a handgun related charge during a traffic stop in Severn.
On December 15, 2020 at approximately 11:40 p.m., officers conducted a traffic stop of a 2005 Silver Infiniti G35 in the area of Stillmeadows Drive and Jacobs Road in Severn. Upon speaking with the driver, officers obtained information which led to a search of the vehicle, resulting in the recovery of a loaded 9mm Smith and Wesson handgun, 6.5 grams of suspected Marijuana and a digital scale.
The suspect,  Vincent Yam Marshall, was arrested and charged accordingly.