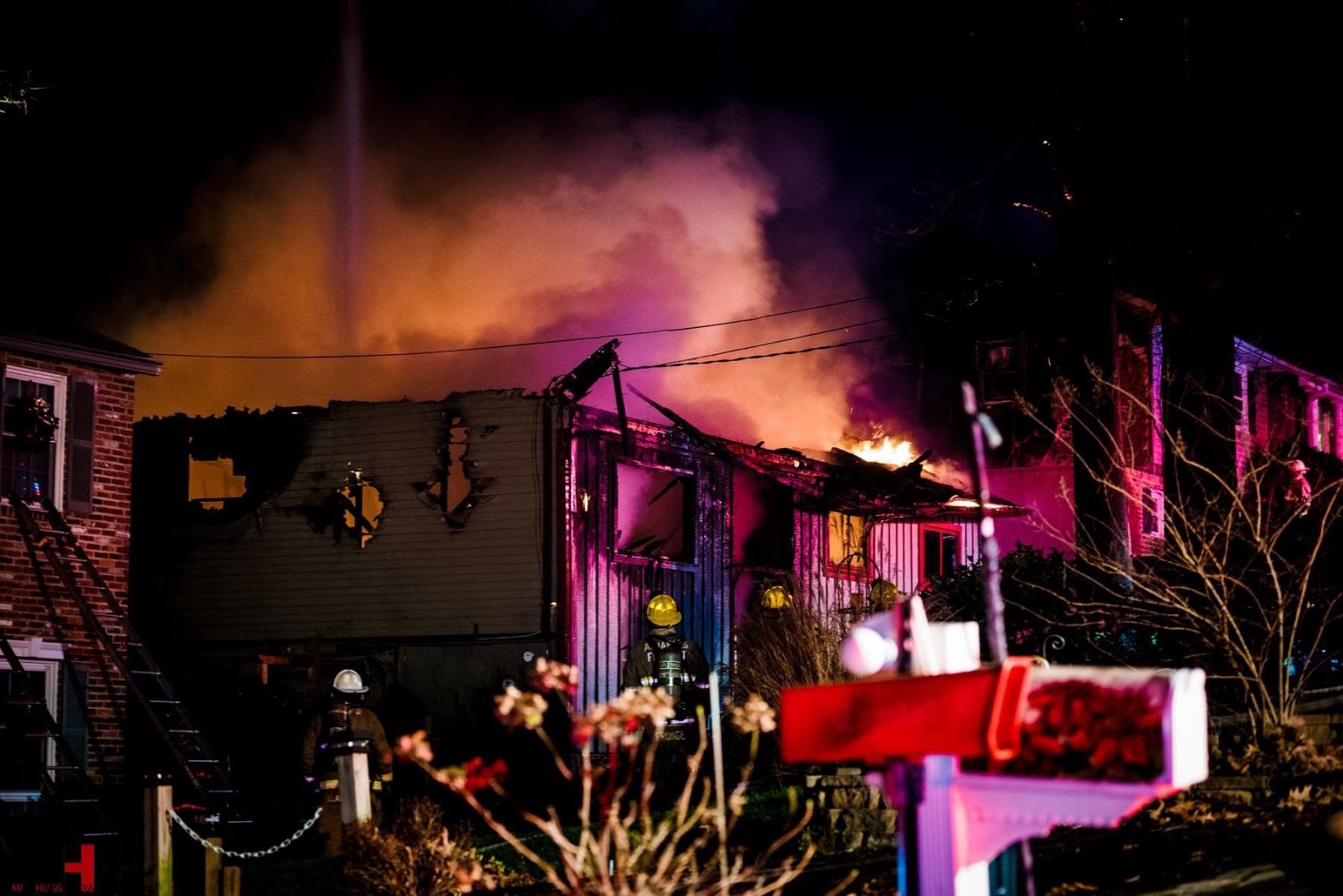 An Anne Arundel County firefighter was injured and a family was displaced during a home blaze in the Broadneck community.
On Saturday, firefighters responded to multiple 911 calls reporting a house on fire in the 1100 block of Green Holly Drive. First arriving firefighters found a two-story, single-family dwelling fully involved in fire with the second floor's structural collapse and fire threatening two neighboring homes. The occupants escaped the house before firefighters arriving. Fifty-five firefighters brought the fire under control in about 30 minutes.
Both adjacent dwellings sustained exterior damage, but the occupants were able to remain in their homes. The two adult occupants of the house of origin have been displaced but did not need Red Cross assistance. Paramedics transported one firefighter with minor burn injuries to the Adult Burn Center at John Hopkins Bayview Medical Center.
The cause of the fire is under investigation by members of the Anne Arundel County Fire and Explosives Investigation Unit.