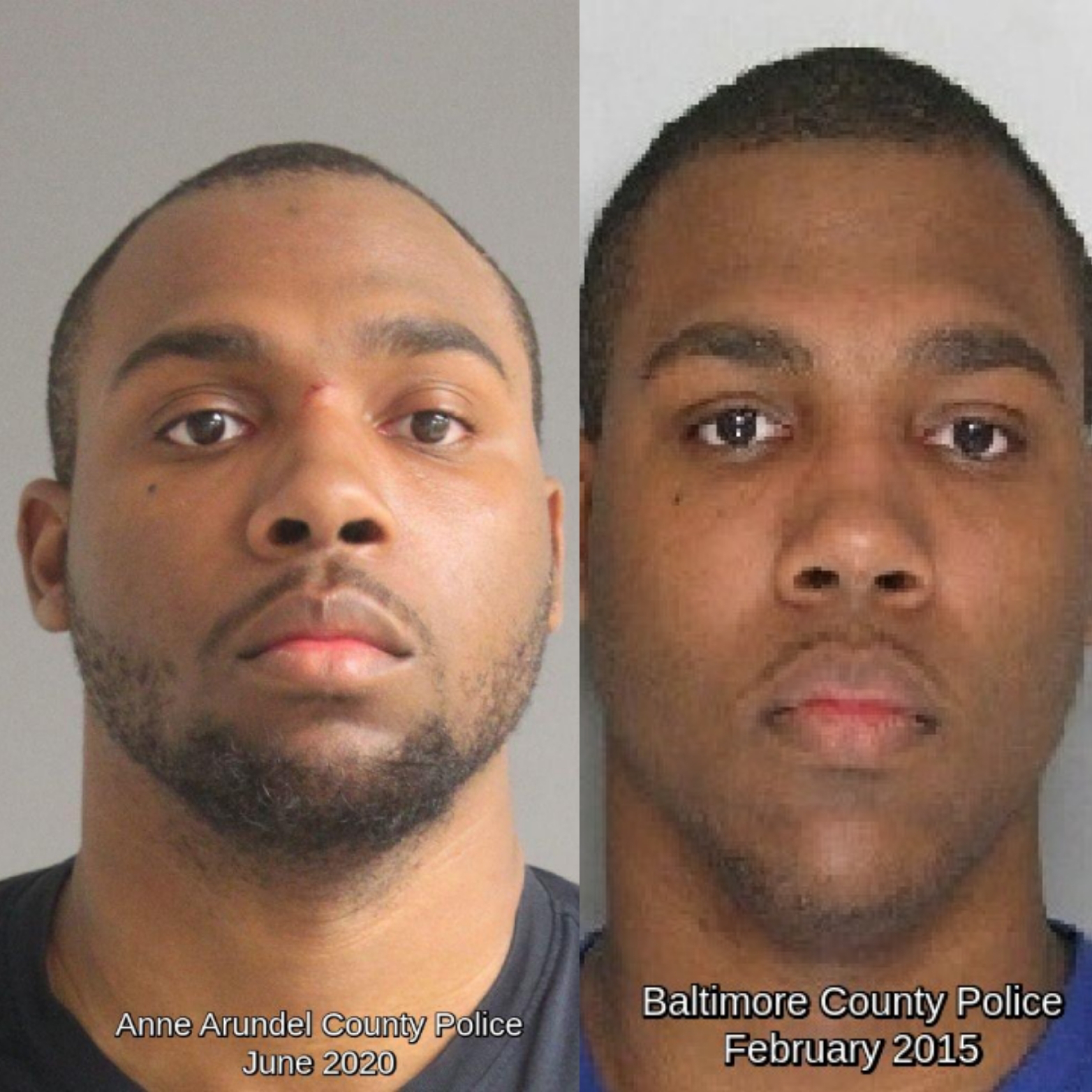 A repeat police impersonation suspect was arrested in Crofton this week, after being charged with similar crimes in a 2015 Baltimore County case.
On June 16, 2020 at approximately 8:10 p.m. officers responded for a report of an assault in the area of Log Mill Place in Crofton. A caller stated he was attempting to serve court papers when he was assaulted. Upon arrival, officers located, Savon Shakur Hamilton, 23, who claimed he was attempting to serve civil court papers to an individual.
The male was wearing tactical gear labeled “Court Process Agent”, body armor, an empty holster, pistol magazines, three pairs of handcuffs, and pepper spray. Hamilton fled from the officers while being questioned but was quickly apprehended. Further investigation resulted in the recovery of an unloaded Sig Sauer 9mm handgun with the serial number obliterated from the suspects vehicle, a black 2014 Chevrolet Malibu.
Officers learned Hamilton had confronted a woman and attempted to serve her a subpoena for a divorce case, then pursued her through the neighborhood with flashing blue lights in his vehicle. She reportedly attempted to drive around him, prompting his original call to police for assistance.
In February 2015, Hamilton was charged with impersonating a police officer and possession of an electronic control device at Easpoint Mall in Baltimore.  He was given a probation before judgement in that case.