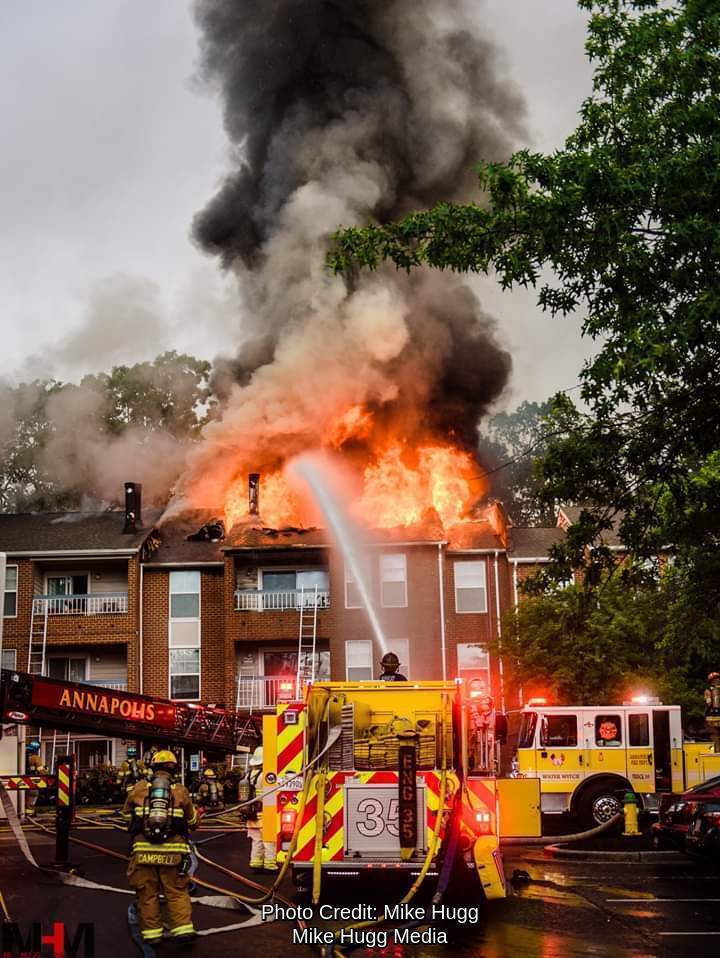 A fire at a Spa Road-Annapolis apartment community has displaced nearly 40 residents and injured one first responder, officials say.
At approximately 4:00pm yesterday, the Annapolis Fire Department was dispatched for an apartment fire in the 1000 block of Spa Road. Units arrived on location to find a 3 story apartment complex with heavy fire from the roof.
A mayday was declared for a ceiling collapse, all firefighters were accounted for and evaluated by EMS.  Shortly after, crews were able to go back in and continue to extinguish the fire. It took approximately 1 hour to place the fire under control.
Crews rescued a resident on the first floor and several animals in the complex. The fire displaced a total of 37 residents. The Office of Emergency Management (OEM) assisted residents with assistance from The Red Cross.
A total of 83 firefighters were on scene. Anne Arundel County Fire, Naval District Washington Fire and B.W.I. Fire Rescue provided mutual aid assistance. No civilian injuries reported. One firefighter with minor injuries was taken to an area hospital for treatment.
The cause of the fire is still under investigation. The total cost of the damage is currently undetermined.