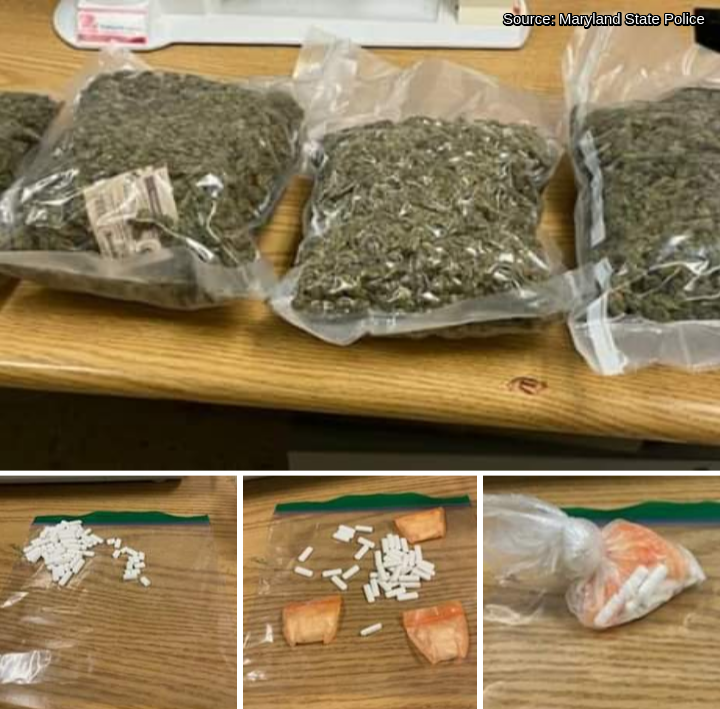 Maryland State Police announced the recent seizure of several pounds of marijuana and a dozens of prescription pills during a traffic stop in Glen Burnie.
On the night of March 31, 2022, a trooper from the Glen Burnie barrack made the traffic stop for excessive speed, according to the announcement. Officials said an open warrant for the driver was confirmed, and a probable cause search was conducted, yielding over 3 1/2 pounds of marijuana, along with 14 pills of tramadol, 63 full and 14 partial pills of alprazolam, and 6 pills of adderall.
The state police reported that the driver was arrested, charged accordingly and identified as Francis Miles Frompong, 29, of Columbia.
"Frompong was charged with possession with intent to distribute and possession of more than 10 grams of marijuana," state police officials said in a statement. "He was arrested and taken to the Anne Arundel County Detention Center, where he was released after posting a $10,000 bond."