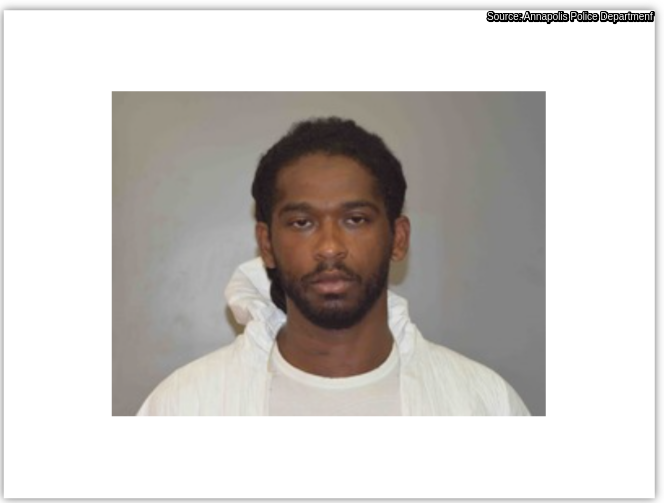 A 32-year-old Baltimore man has been sentenced after pleading guilty in connection with the 2019 death of gregarious Annapolis native and promising rapper Edward Montre Seay.
On October 8, 2021, James Esau Davis entered a plea of guilty to accessory after the fact to first degree murder, court records show.  During a hearing held at the Anne Arundel County Circuit Court on Friday, April 1, 2022, Davis was sentenced to 10 years in prison, the maximum penalty allowed by law.
According to the Maryland Judiciary Case Search, Davis will get credit for time served, as the sentence will apparently begin to be counted from the date he was arrested in 2019.

Davis was not ordered by the court to serve any post-release supervision.
According to charging documents, on Friday, June 7, 2019 at approximately 9:19 pm, Annapolis Police officers and detectives responded to the intersection of Forest Drive and South Cherry Grove Avenue for the report of a shooting.  Mr. Seay, also known by his stage name "Tre Da Kid," was found in the driver's seat of his vehicle suffering from a fatal gunshot wound.  He was pronounced dead at the scene by the Annapolis Fire Department.
Authorities said gunshots were observed coming from the rear driver side of a vehicle which was traveling to the right of Mr. Seay.  Davis was arrested on June 20, 2019 after being identified as the driver of that vehicle.  He was subsequently indicted by an Anne Arundel County grand jury on twelve charges including first degree murder, conspiracy to commit murder in the first degree and accessory after the fact.
To date, no other arrests have been made in the case.