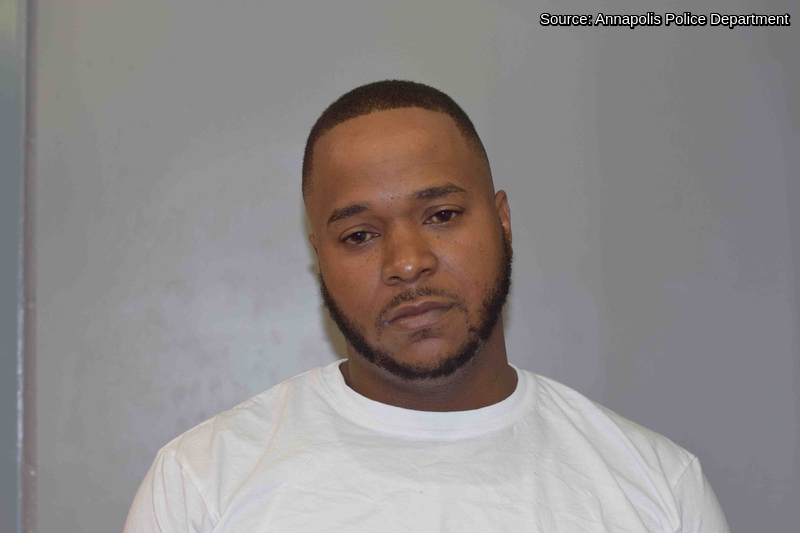 One of the two men arrested after fatally shooting a man more than two years ago on Bens Drive in Annapolis has been sentenced since entering an alford plea in connection with the case.
According to a statement issued by police department officials, detectives charged 33 year old Thomas Deangelo Smith (pictured above) on June 11, 2020, in connection with the March 2020 shooting death of Leslie Saunders, 49.  Court records show that during a hearing at the Anne Arundel County Circuit Court on December 6, 2021, Smith entered an alford plea to first degree murder and use of a firearm while committing a violent crime.
Under an alford plea, defendants maintain their  innocence while acknowledging prosecutors have enough evidence that could be used to find them guilty at trial.
Online records indicate that on March 31, 2022, Smith was sentenced to 25 years in prison.  He was ordered to be supervised by the Department of Parole and Probation for a period of five years upon his release. 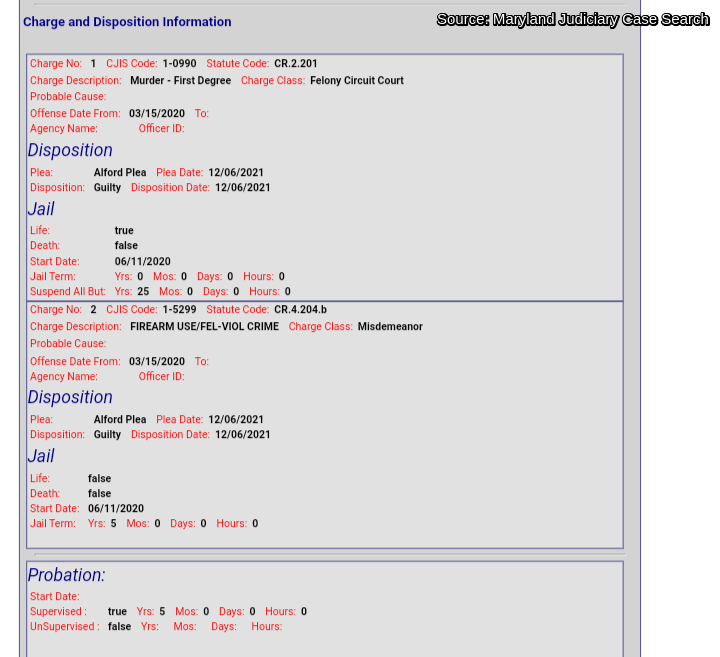 Michael Gibson (shown below), 21, was the second person arrested in connection with Saunders' murder.  On January 25, 2022, Gibson entered a plea of guilty to first degree murder and use of a firearm while committing a violent crime. 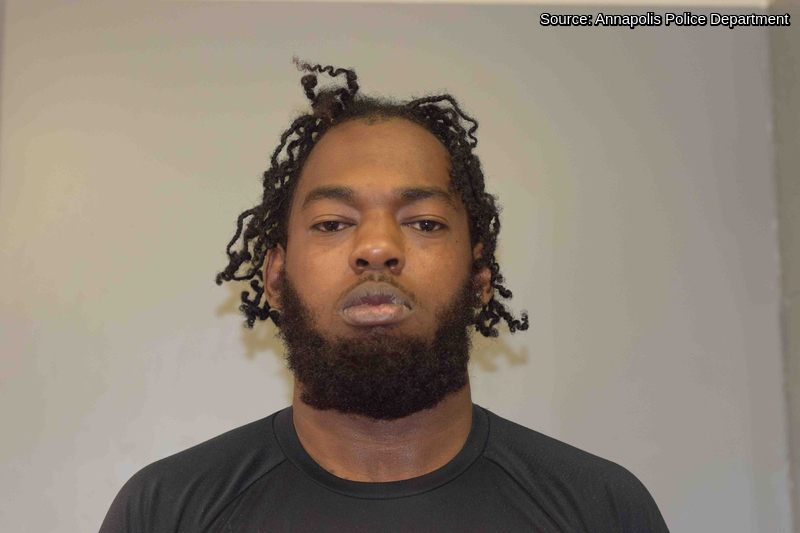 A sentencing hearing has been scheduled for Gibson on April 26, 2022.