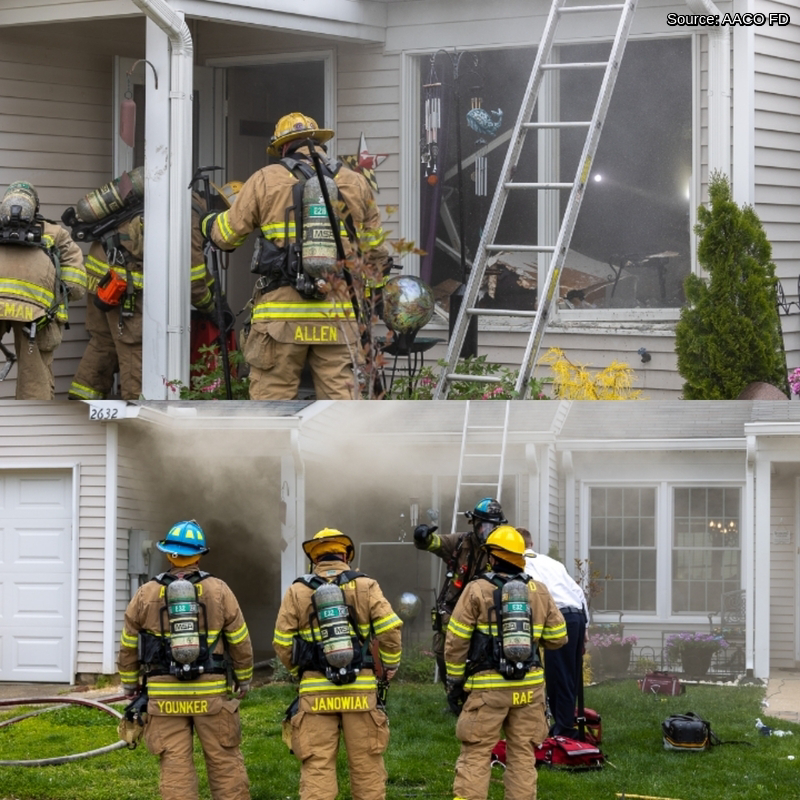 An elderly woman was rushed to a nearby hospital in critical condition after a fire broke out inside her Heritage Harbor home, a senior community located off of Riva Road in Annapolis.
The Anne Arundel County Fire Departs said that on April 26, 2022, rescue squads responded to a 911 call reporting a dwelling fire with an occupant trapped in the 2600 block of Compas Drive. According to a department press release, first arriving firefighters reported smoke from the front of the one-story, middle-of-the-row townhouse. "They entered and quickly removed a female occupant, believed to be in her 80s, and extinguished a small fire that the residential sprinkler system had contained," the press release said. "She was treated by paramedics and transported to the Burn Center at John Hopkins Bayview Hospital by Maryland State Police helicopter with critical, life-threatening injuries."
The fire remains under investigation.