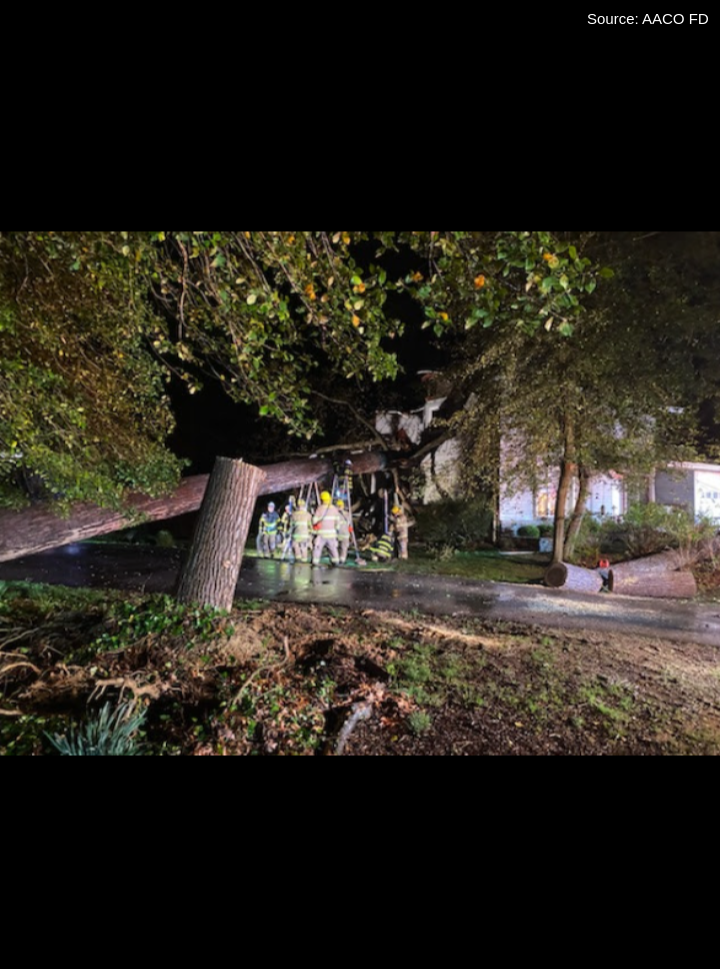 One person died and multiple people were injured after a tree fell on a home in Annapolis.
On April 18, 2022, at approximately 9:35pm., Anne Arundel County firefighters responded to the 800 block of Holly Drive following the report of a tree that had fallen into a home with occupants trapped, a department press release said. According to fire department officials, the firefighters arrived and found a large oak tree which had fallen into the house, causing extensive structural damage, especially in the area of a second-floor bedroom.
Five occupants were reported to have been in the home at the time of the incident, officials said.
Two adult occupants were reportedly able to self-rescue prior to the fire department's arrival, and the other three occupants were trapped in an upstairs bedroom that had sustained significant structural damage.
"Two of the trapped occupants were rescued by fire department personnel, including a juvenile and an adult female in her 40s. The juvenile was treated by medics on the scene and released, the adult female was transported to Shock Trauma with life-threatening injuries," officials said in the press release. "The third occupant trapped was a male in his 40s who was pronounced deceased on the scene."