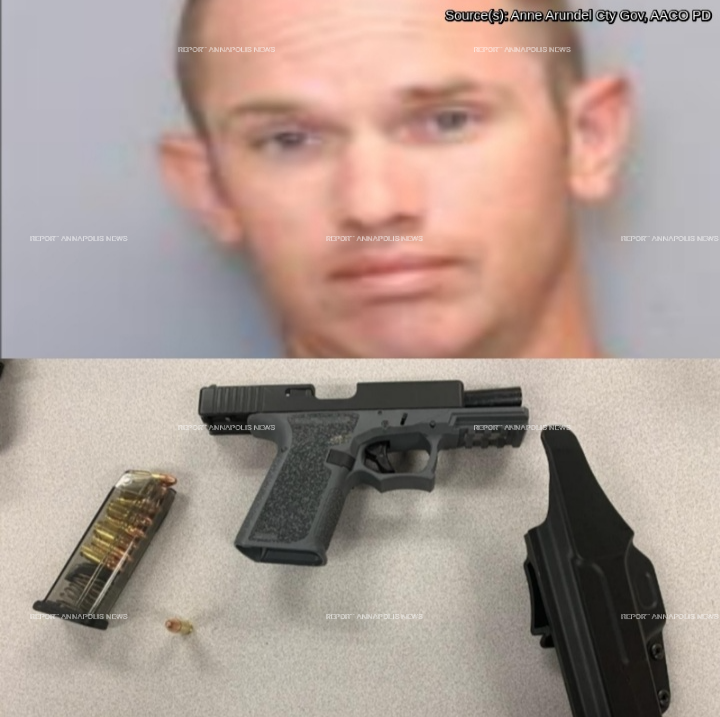 A Severna Park man is now facing criminal charges following a traffic stop in Pasadena.
On April 15, 2022, at approximately 11:40 p.m., an officer stopped a gray 2012 Nissan in the area of Route 100 and Catherine Avenue for a traffic violation, according to the Anne Arundel County Police Department. According to department officials, the officer observed a handgun inside the vehicle upon speaking with the driver.
The driver was reportedly found to be prohibited from possessing firearms and was arrested and charged.  The loaded 9mm Polymer 80 handgun was seized, police said.
Authorities identified the driver as:
David Lee Wilson (pictured above)
34-year-old