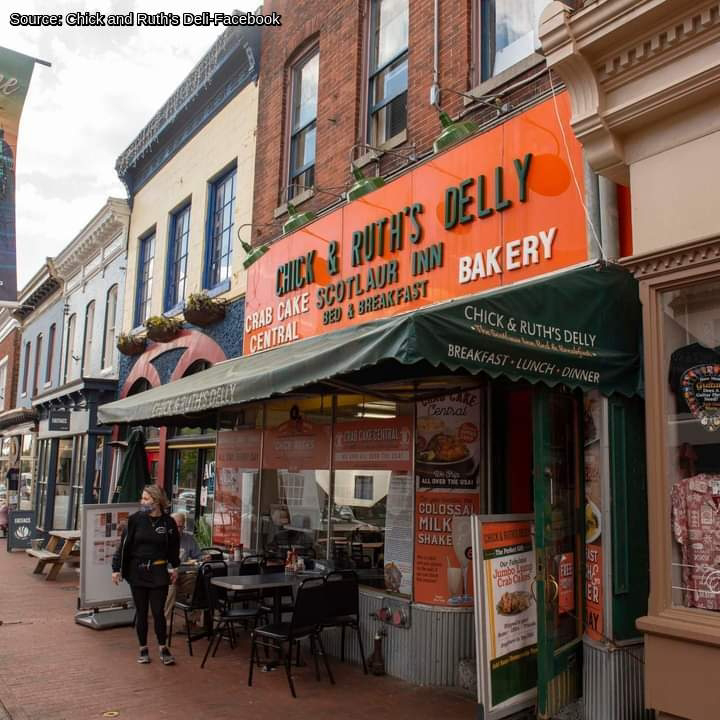 Customers and supporters of Chick and Ruth's Deli was sent into a wild frenzy following an April Fool's Day joke about the restaurant closing its doors.
A message on the company facebook page was posted saying the popular eatery in Downtown Annapolis would be relocating: 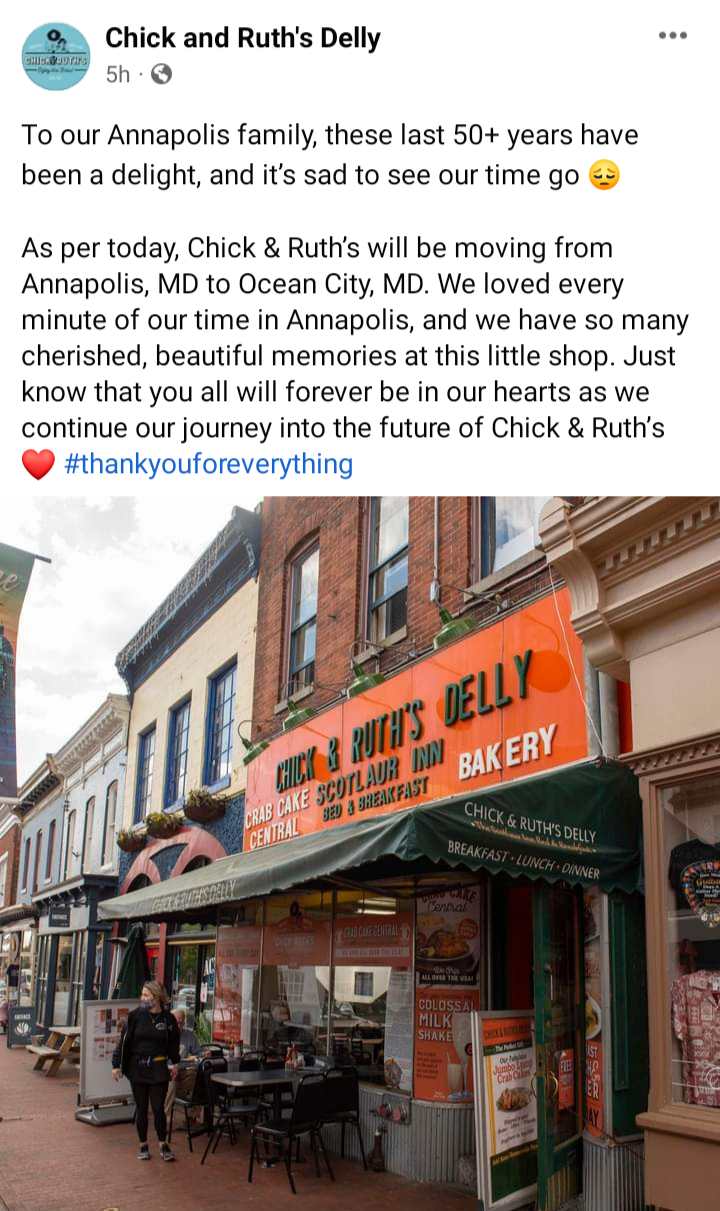 Report Annapolis  News  reached out to Chick and Ruth's about the post, and was informed that the post was not real. "It's April Fool's Day People!"
The post had over 500 comments and nearly 1,000 shares as of 11:25am.  Some took the joke all in stride! 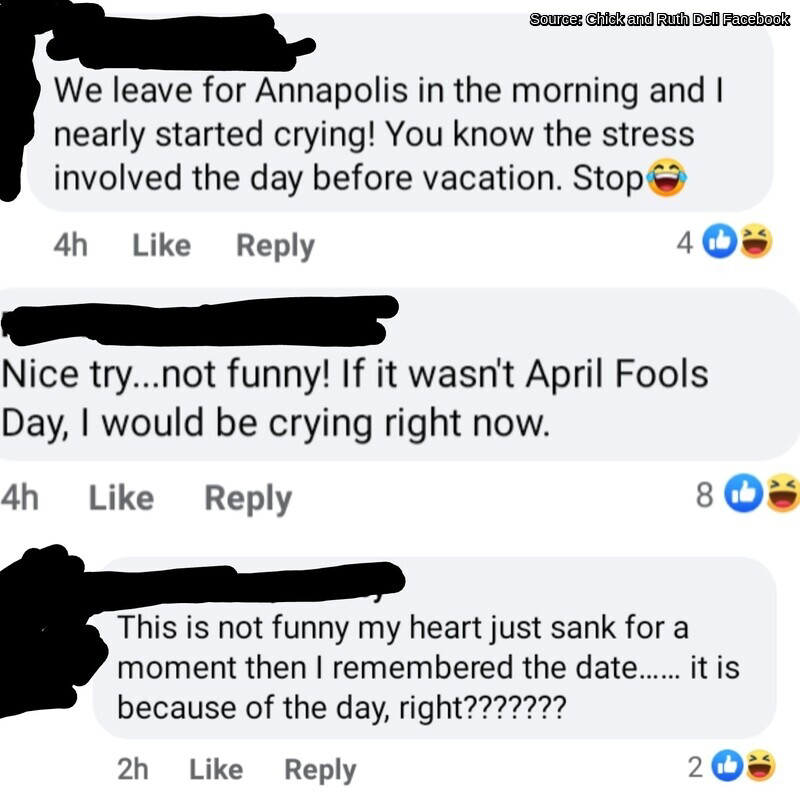