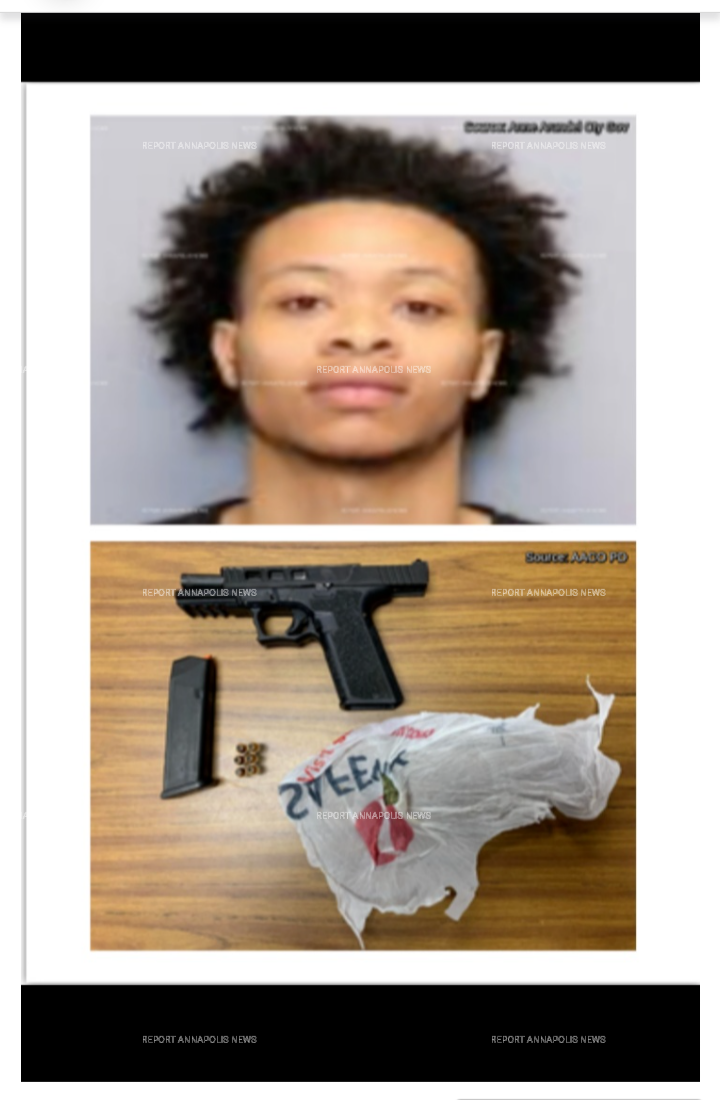 An Annapolis man was arrested after police allegedly found him in possession a ghost gun during a traffic stop in Odenton.
In a press release, the Anne Arundel County Police Department said that on April 24, 2022, at approximately 11 p.m., officers made a traffic stop on a vehicle whose registration plate did not belong on the car, in the area of Annapolis Road and Blue Water Boulevard. "Upon approaching the vehicle, officers gained probable cause for a search of the car," the release said.  "During the search, they recovered marijuana and a 9mm ghost gun."
Department officials said the driver was charged accordingly and identified as:
Mark Waring Jones
22-year-old