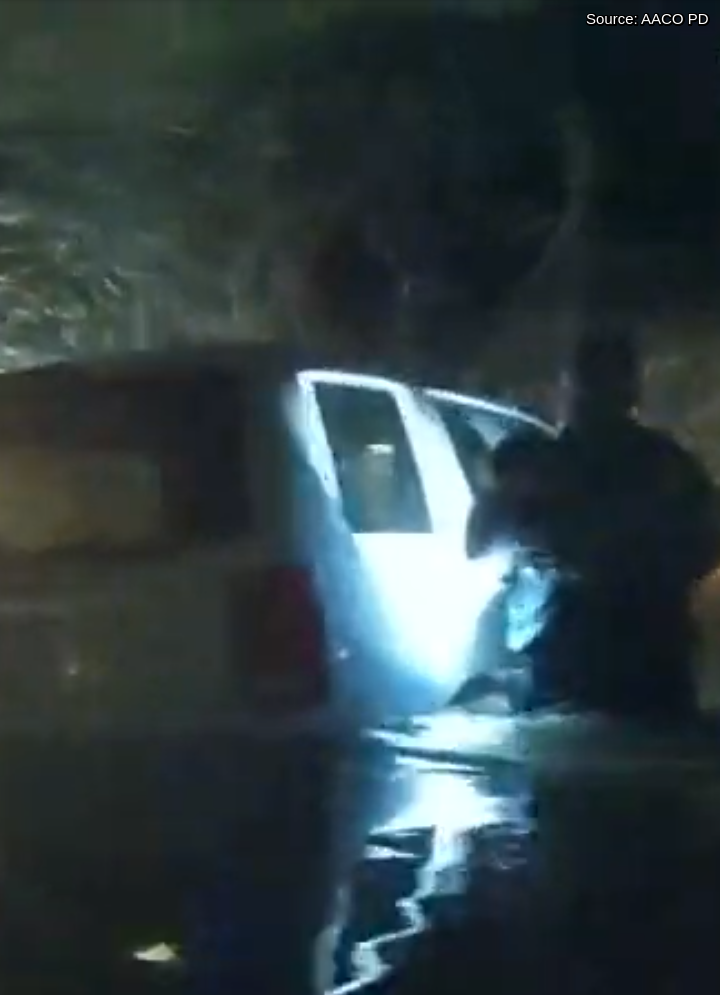 Quick thinking officers with the Anne Arundel County Police Department are credited with rescuing an entire family from a van which was stuck inside a Severn area pond.
Department officials said in a press release that on Friday, April 1st at approximately 9:15 p.m., an officer was on patrol in Severn-Danza Park when he heard a crash in his immediate vicinity. "He discovered a vehicle had lost control on Donaldson Avenue and went off the road through trees and a fence before becoming half submerged in a drainage pond in the park," the press release said.  "The vehicle was taking on water with occupants trapped inside. The supervisor and an officer, without hesitation, leaped into action to conduct a rescue of the four occupants, including a 9-month-old and 3-year-old child."
The officers reportedly had to break the passenger windows of the vehicle to gain access inside. "Officers carried the children to safety and returned to rescue the adults," officials said.b "Aside from being cold and wet, everyone involved was unharmed."
The body worn camera footage from the rescue can be seen by click the link below:
Police Water Rescue Video