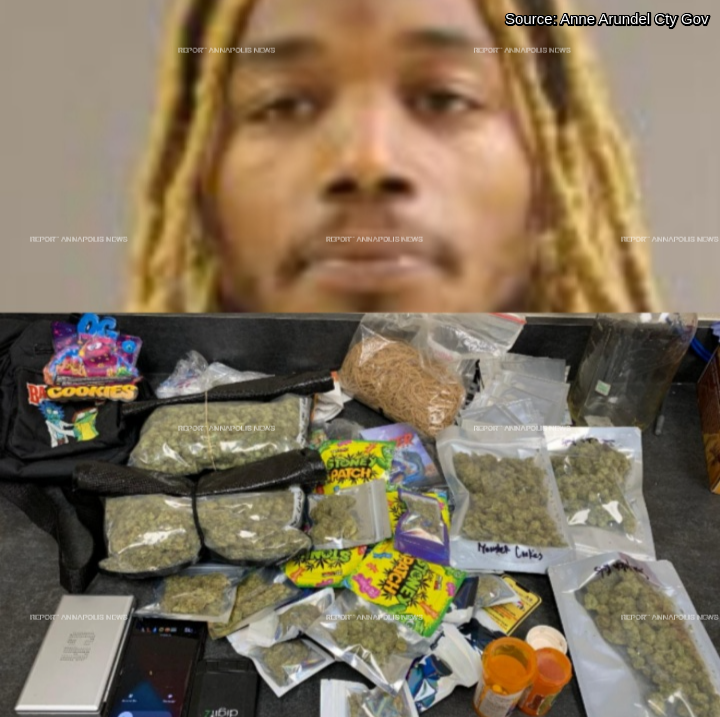 Western district patrol officers recently arrested a man on drug possession charges following a traffic stop turned foot chase in Hanover.
On August 2, 2022, at approximately 9:00 a.m., officers conducted a traffic stop on a vehicle for a moving violation in the area of Bass Pro Drive and Arundel Mills Boulevard, according to the Anne Arundel County Police Department.  In a press release, authorities said upon approaching the vehicle, the officers detected the odor of fresh marijuana emanating from the vehicle. "An officer had the driver get out of the car, and after removing a cross-body style fanny pack from the driver and placing it on the truck, the driver lunged for the bag and struggled with the officer," the press release stated.  "After pulling away from the officer, the driver grabbed the bag and fled into a wooded area on foot."
The suspect emerged from the wooded area a short time later and was taken into custody, police said.
During the subsequent search of the vehicle and bag that was worn by the driver, officers reportedly found approximately 720 grams of suspected marijuana, approximately 580 grams of suspected marijuana edibles, seven pills of suspected Baclofen, one pill of suspected Xanax, and two digital scales.
The driver was arrested, charged and identified as:
Teddy Ashe
32-year-old
Baltimore, Maryland