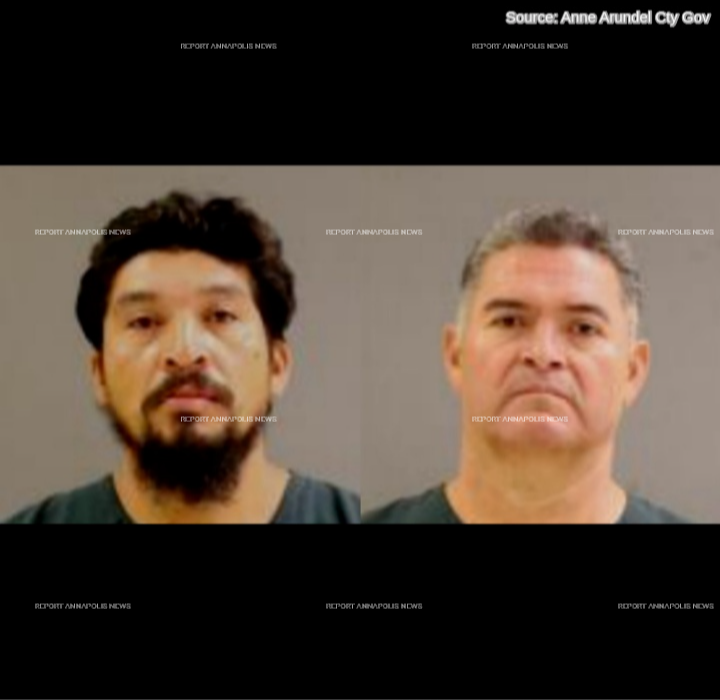 Two men have been arrested following an investigation into the rape of a woman on West Street, according to the Annapolis Police Department.
Authorities said on July 29, 2022, at approximately 5:45pm, officers responded to the 2000 block of West Street for a reported rape. In a new release, the police department stated officers arrived on scene and located the victim and a witness.
"A witness observed the adult female victim and the suspect, later positively identified as Rubicel Montiel Lopez (left picture), 36, of Annapolis, down in a small ravine off of the path as he was sexually assaulting her," officials wrote in the news release.  "There was another suspect, later positively identified as Jose Alexander Ortiz Urrutia (right picture), 52, of Annapolis, acting as a “lookout”  as he stood on the path watching Lopez and the victim."
The witness told detectives that she was calling the police and Urrutia attempted to stop her. When the witness was able to call police, Lopez let the victim go, police said.
Urrutia and Lopez fled across the street from the crime scene, the press release continued. "Officers conducted a one-on-one identification with the witness, who positively identified Lopez and Urrutia as the suspects."
Court records indicate Lopez and Urrutia were both arrested on rape charges and are being held without bond at the Jennifer Road Detention Center.