Annapolis Man Gets Sentenced in Connection with Hit and Run Accident, Turned Officer Assault in Pasadena 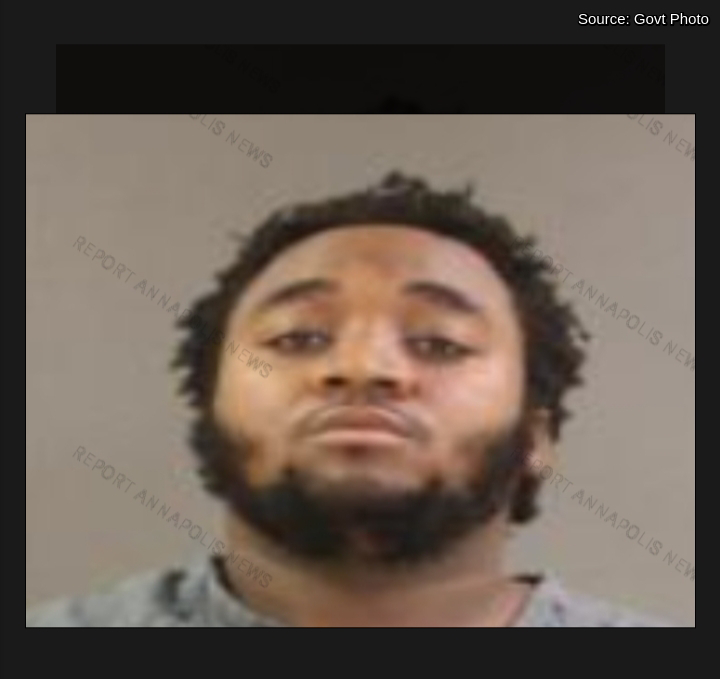 An Annapolis man has been sentenced in connection with an accident and police officer assault in Pasadena last year.
In a statement, State's Attorney Anne Leitess said on July 15, 2022, Brandon Tyrell Hardy (pictured above), 26, of Annapolis, was found guilty of 13 charges including two counts of second degree assault against two county police officers.
Hardy was also found guilty on multiple felony drug charges for possession with intent to distribute controlled dangerous substances, Leitess' statement said.
According to court records, Hardy sentenced on August 11,  to a total of 20 years, with 5 years suspended.  Hardy must also undergo supervised probation for a period of 3 years upon his release.
On the morning of September 3, 2021, according to the Anne Arundel County Police Department, officers responded to the area of Mountain Road and Route 10 for a report of a car accident in which the driver of a silver Honda Civic, later identified as Hardy, fled the scene.
Police said Hardy ran the steady red light, crashing into two vehicles and causing minor injuries. He was located at a nearby fast-food restaurant and placed under arrest.
"Once in handcuffs, the suspect took off on foot towards Mountain Road, where officers caught up to him," department officials said. "When officers attempted to regain custody of the suspect, he assaulted one officer by grabbing his groin and another officer by biting him and spitting."
Charging documents say Hardy was found in possession of suspected marijuana, suspected cocaine and over $400.00 in cash.