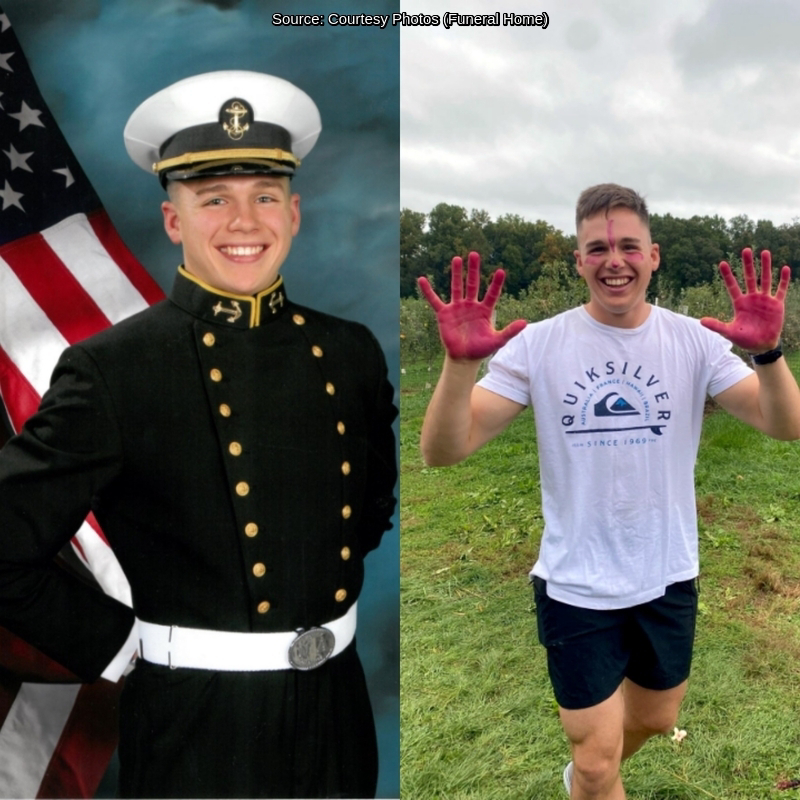 Funeral plans have been announced for the United States Naval Academy Midshipman who died after a tragic hiking accident in Chile.
The body of Midshipman 2nd Class (junior) Luke Gabriel Bird, 21, of New Braunfels, Texas, was found by Chilean authorities on July, 17, 2022, at approximately 10:30 a.m. in a lagoon of the Salto El Agua waterfall in Placilla, in the Valparaíso region of Chile, Naval Academy officials said.
"Bird was in Chile participating in a semester abroad program at the Arturo Prat Naval Academy, which serves as Chile’s Naval Academy," the academy announced.  "He reportedly lost his footing and fell over the waterfall at approximately 11:00 a.m. on July 16, 2022 while hiking with a Chilean Naval Academy student near the waterfall."
According to an online obituary, the family will receive visitors on August 7, 2022 from 2 pm until 4 pm at Zoeller Funeral Home, 615 Landa Street,
New Braunfels, TX 78130. A funeral service will be held Monday August 8, 2022 at 10 am at Oakwood Church, 2154 Loop 337, New Braunfels, Texas.
"His fellow midshipmen at the Naval Academy repeatedly describe Luke by one word: selfless. He mentored. He tutored. He encouraged," the obituary says about Luke.  "As a Christian, Luke devoted himself to a life of love, of seeking the good of another, of stewarding his many gifts in order to bring light into the life of others. "