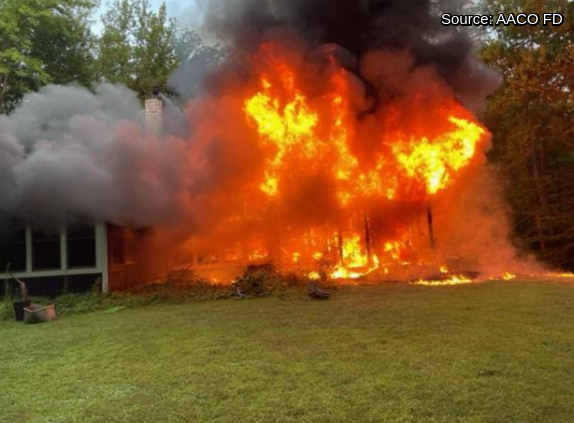 An Annapolis family was able to safely evacuate a major home blaze which was battled by nearly 100 firefighters.
In a press release, the Anne Arundel County Fire Departmenr said on Thursday, August 4, 2022, at 6:15 am, firefighters responded to a 911 call reporting a fire at 1908 Sherwood Road, a 2-story, single-family dwelling. "First arriving firefighters reported fire and smoke showing from multiple sides of the home," the press release states.  "The two occupants were home and were able to self-rescue with their two dogs before the fire department arrived." 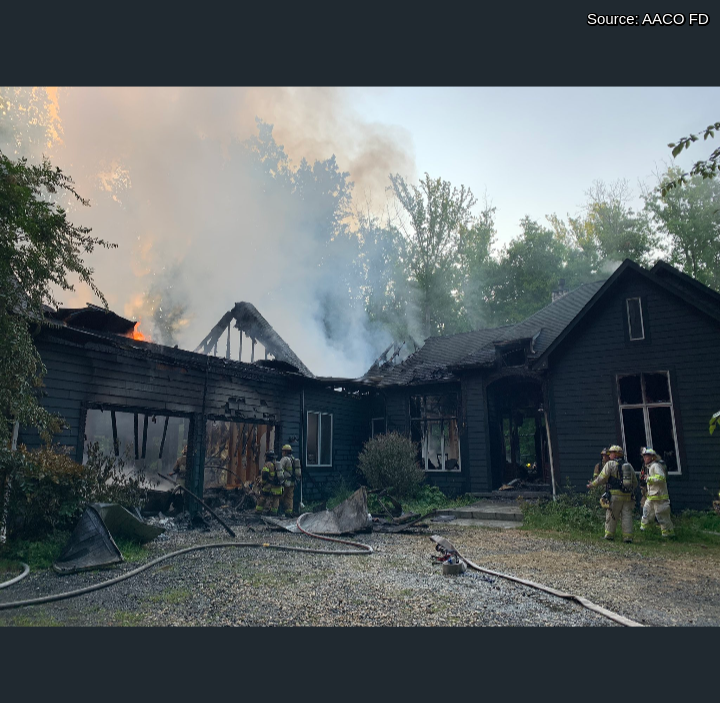 The fire reportedly originated in the garage of the home and was brought under control in about an hour. The preliminary cause of the fire is accidental, department officials said. Other details remain under investigation.