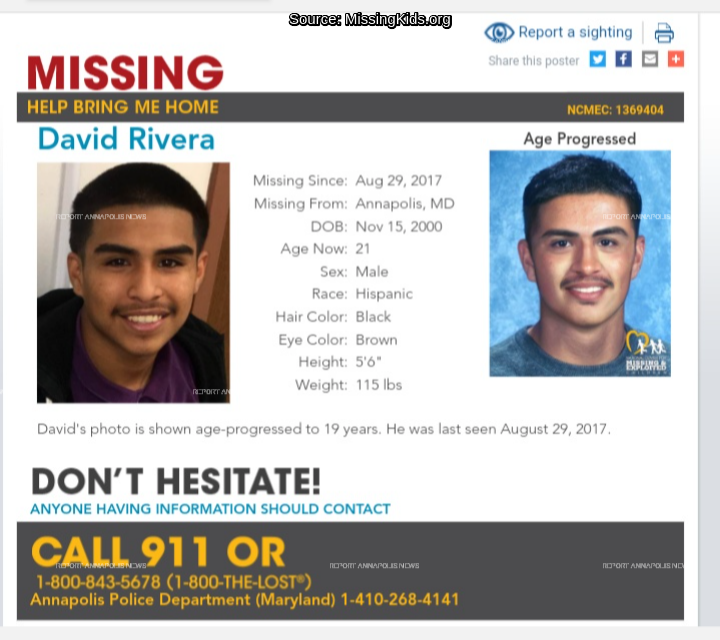 The FBI, the Annapolis Police Department, and the Anne Arundel County Police Department are together investigating the 2017 disappearance of David Rivera.
Rivera has been missing since August 29, 2017.  He was just 16 years old at the time.
According to authorities, Rivera was reported missing on August 30, 2017. He was last seen at his house in the 200 block of Janwall Street in Annapolis at 10:00 a.m. on August 29, 2017, and was last seen wearing a hooded sweatshirt, blue jeans and New Balance sneakers. David has not been seen or heard from since that date, officials said. 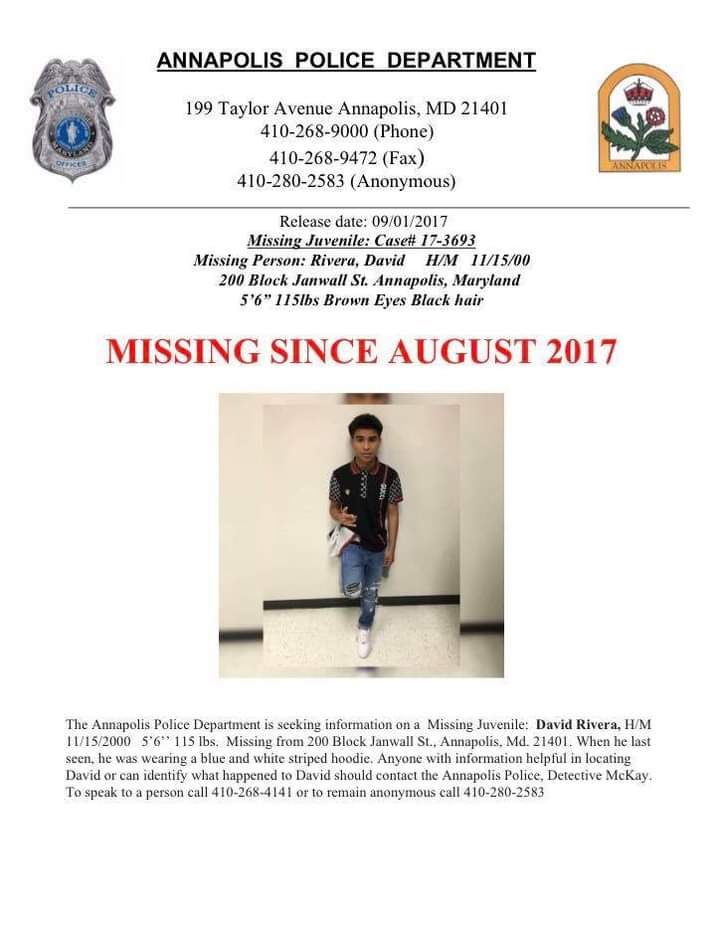 While authorities did confirm that investigation into Rivera's case is active and on going, additional details were not made available. "This is a joint investigation with the Annapolis Police Department," said a spokesperson for the FBI.  "We cannot comment on on-going investigations." 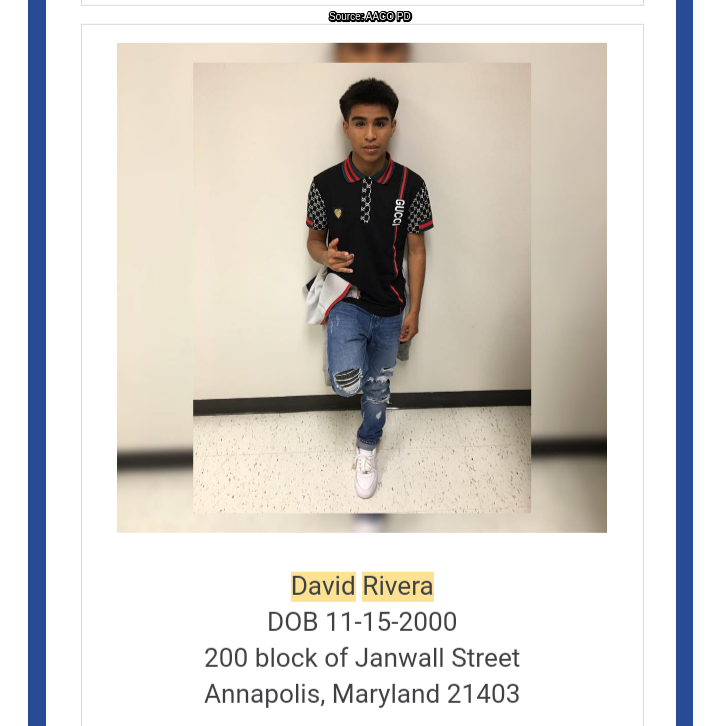