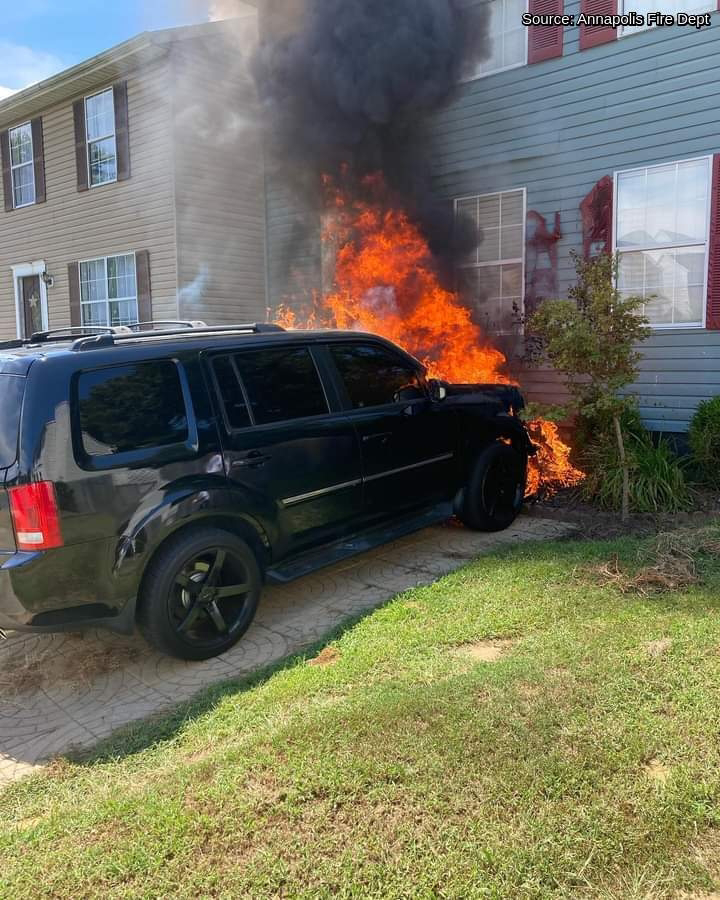 Fire crews have responded to an incident in Annapolis after a burning vehicle struck the front of an Oxford Landing home.
On August 18 at 1:22pm, units were called to 618 Cutter Court for a reported vehicle fire, officials said.  According to the Annapolis Fire Department, crews found the vehicle in flames and attached to the exterior of the home. "All occupants were out of the home on arrival. Fire was quickly extinguished with no extension into the home," the department said.  "No injuries to civilian or fire personnel.  The fire originated in the engine compartment of the SUV and the cause is accidental due to vehicle mechanical issues."
No further information was immediately available.