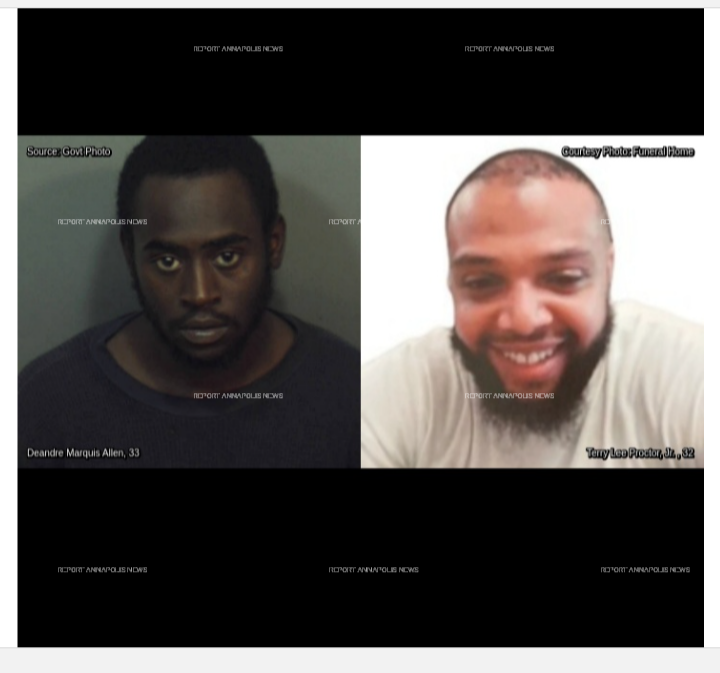 A 33 year old man from Prince George County has pled guilty to the first degree murder of another man while they both were serving time at a prison in Jessup.
Last week, Deandre Marquis Allen entered a plea of guilty in connection with the December 2020 murder of Terry Lee Proctor, Jr., of Clinton Maryland.
On the night of the December 14, 2020, the Maryland State Police Homicide Unit was contacted by investigators from the Department of Public Safety and Correctional Services about an inmate death at the Dorsey Run Correctional Institution, officials said in a statement.  "DPSCS personnel told Maryland State Police that Proctor was found unresponsive in his dorm and was pronounced deceased by emergency medical personnel," officials with the Maryland State Police wrote.
Records show an investigation revealed that Allen used a homemade knife, commonly known as a shank, to fatally injure Proctor, who was expected to be released just a few months later.  He had been an inmate at the prison since 2014.
At the time of the murder, Allen was serving a 10 year sentence stemming from a 2010 assault conviction, prison officials confirm.  He had also received several additional short sentences for possessing contraband while incarcerated. He was scheduled to be released from the Dorsey Run Correctional Institution next month.
Allen is expected to be sentenced for the murder on November 16.