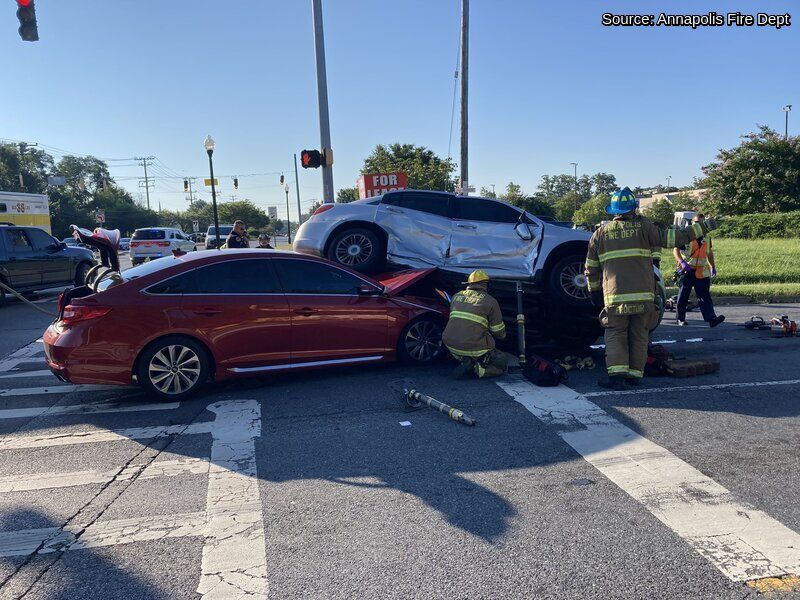 An accident near Forest Drive and Bywater Road in Annapolis has left two people injured.
The Annapolis Fire Department responded to the busy intersection at 8:07am on Tuesday, August 23.  At least two people were found trapped inside the vehicles, later requiring extrication.  The individuals were transported to area hospitals, however their conditions were not immediately available, the fire department said in a tweet.
The crash caused inbound and outbound road delays in the area.