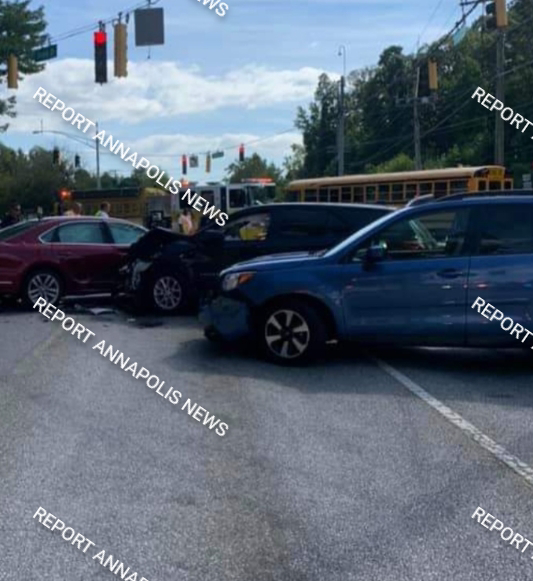 An accident involving 3 vehicles in Annapolis has caused the closure of a major road and significant traffic delays.
On September 20, 2021 at approximately 2:15pm, emergency units responded to the intersection of Forest Drive and Spa Road for a triple vehicle accident.  Two people were taken to area hospitals for injuries sustained in the crash.  The condition of the individuals are unknown.
According to a police update, the intersection was closed which caused heavy traffic.