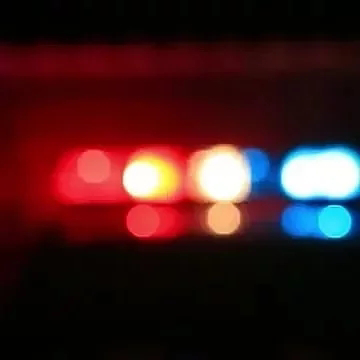 Maryland State Police investigators remain on the scene of a shooting that wounded a bus driver in Anne Arundel County early this morning.
The victim is not being identified at this time. He was transported to an area hospital for medical treatment. He was the driver of a passenger tour bus transporting ten passengers. None of the passengers were injured during the incident.
The preliminary investigation indicates that at approximately 2:45 a.m. this morning, a tour bus traveling on MD 295 in the area of I-195 was shot by a passing motorist.  The bus driver, who had been struck, pulled off of the roadway into the departure lanes of BWI Airport.
Troopers from the Maryland State Police Glen Burnie Barrack responded along with emergency medical service personnel.  The bus driver was immediately transported to the hospital. Witness statements from passengers were obtained.
Troopers secured the scene and called for criminal investigators and crime scene technicians to respond.  Maryland 295 was shut down in the area of Nursery Road for crime scene processing. The bus has been moved to a secured location for processing.
Assistance was provided by officers from the Maryland Transportation Authority Police and the Anne Arundel County Police Department. Personnel from the Maryland Department of Transportation State Highway Administration assisted with the road closure.
Police are asking anyone with information relevant to this incident to contact the Glen Burnie Barrack at 410-761-5130. Investigators continue to investigate how this shooting occurred and who was responsible.  No charges have been filed or arrests made at this time.