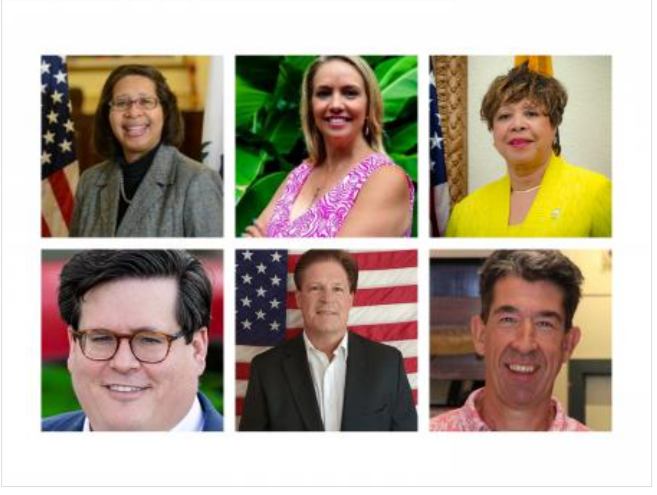 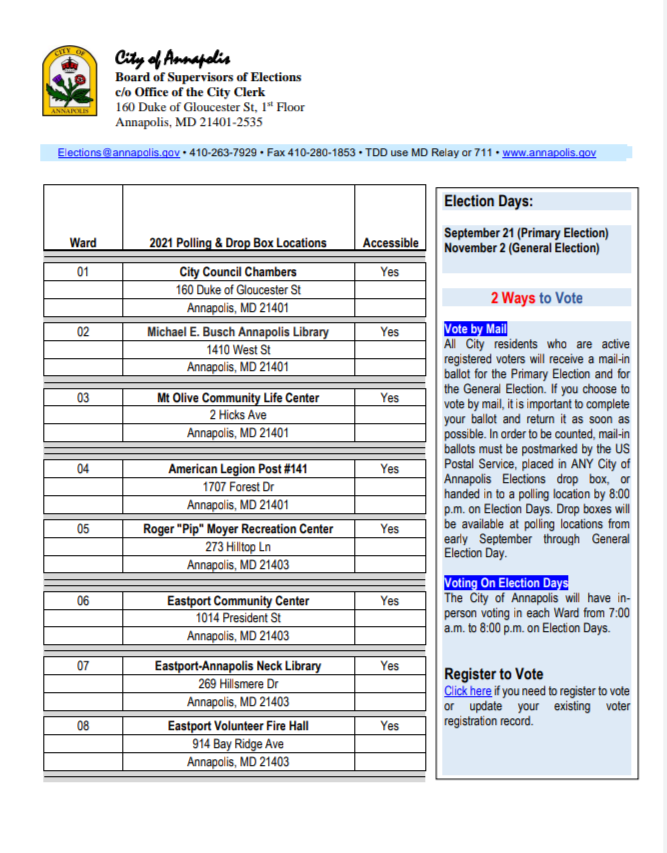 Voters may also vote in-person at their ward polling place on the day of the primary election, September 21, 2021, between 7 a.m. and 8 p.m.
Polling locations are as follows:
Ward 3 is at Mt. Olive Community Life Center, 2 Hicks Ave.;
Ward 4 is at American Legion Post #141, 1707 Forest Drive; and
Ward 8 is at Eastport Volunteer Fire Hall, 914 Bay Ridge Avenue.

The final slate of candidates who will go directly to the November general election ballot will include: