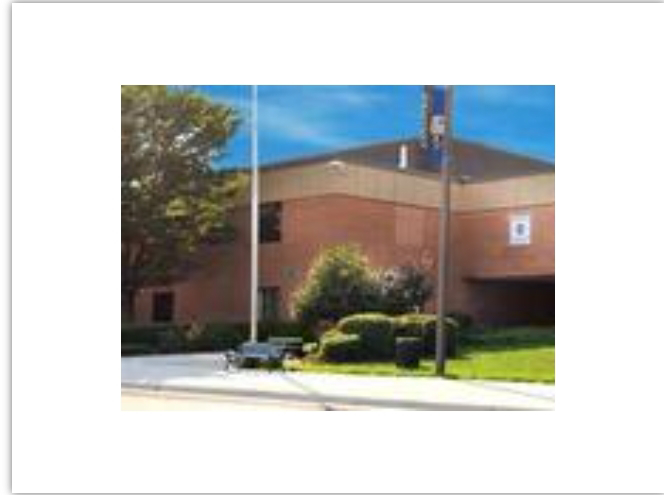 School and police officials continue their investigation into a double stabbing at Annapolis High which apparently originated from an incident outside of the school.
On September 29, 2021 at about 8:47am., units responded for a fight and multiple serious assaults at the school located at 2700 Riva Road.  A preliminary investigation reveals that an altercation between two students expanded to a fight between other students. The school building was placed on lockdown status, and resumed normal operations shortly after 10:00am.
One student was taken to The Curtis National Hand Center at MedStar Union Memorial Hospital in Baltimore for a possible severe injury.  Another student was taken to an area hospital with a minor injury. 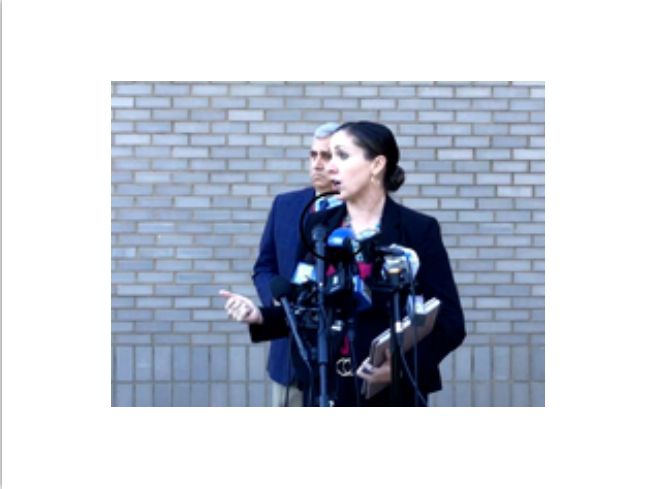 According to Schools Chief George Arlotto, the incident may have been retaliation stemming from a recent community issue within the City of Annapolis.
A total of seven students were arrested and charged as juveniles.
#Update:
One juvenile has been charged with: Attempted 2nd Degree Murder, 1st Degree Assault, Reckless Endangerment, 2nd Degree Assault, Disrupting School Activities, Deadly Weapon: On School Property, Deadly weapon: Conceal, Deadly Weapon: With Intent to Injure.
One juvenile was charged with: Trespassing, Deadly Weapon: On School Property (a knife was recovered during search subsequent to arrest, but was not used during the fight), Second Degree Assault, Affray, Disorderly Conduct, Disrupting School Activities.
The remaining five juveniles were charged with: 2nd Degree Assault, Affray, Disorderly Conduct, and Disrupting School activities.
All parties have been charged as juveniles. It has been clarified that one of the hospitalized parties is a suspect in that count of seven. 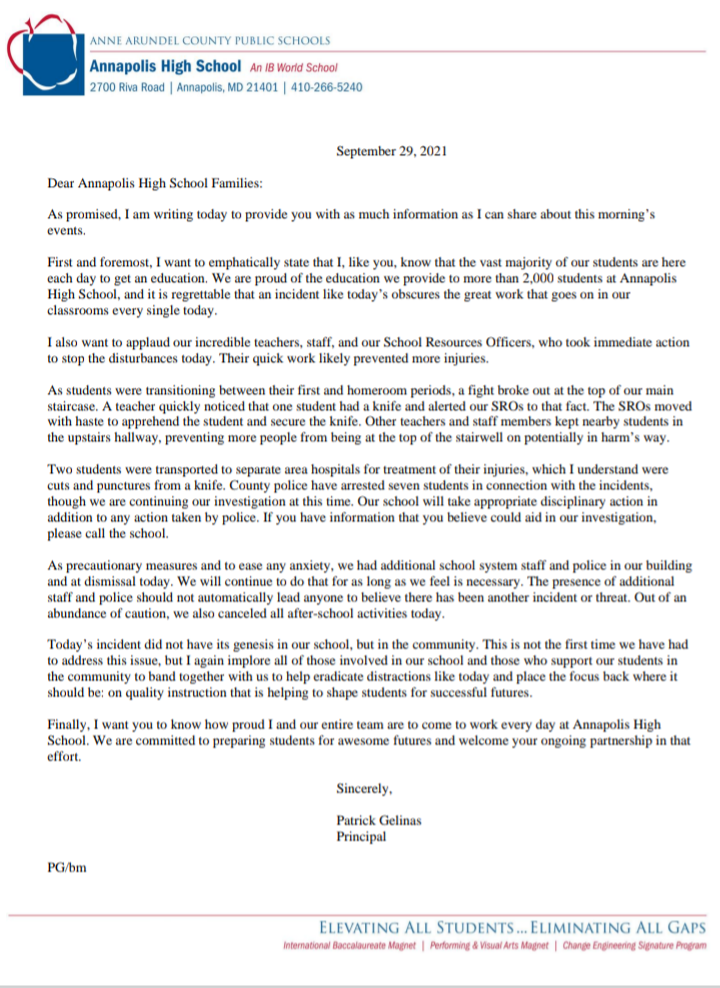