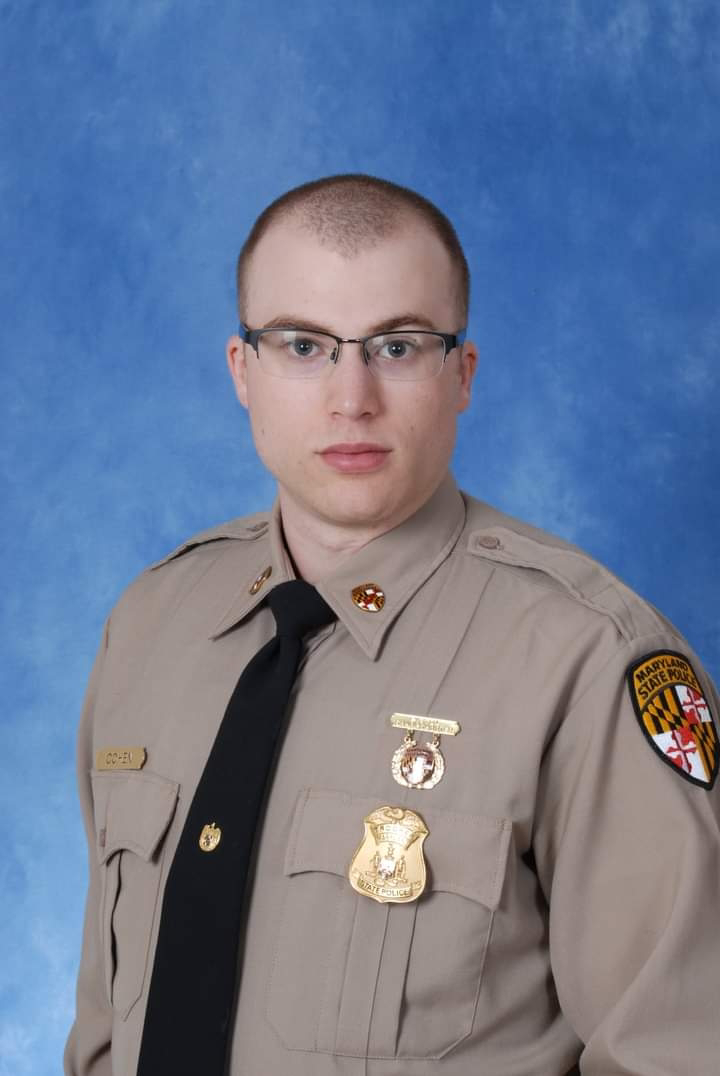 A 29-year old service member of the Maryland State Police died just one day after being found unresponsive at his home, according to an agency announcement.
Trooper First Class Alec Elijah Cohen, 29, of Baltimore County, was found unresponsive at his home on September 17, 2021. He was taken to Sinai Hospital in Baltimore and admitted to the Intensive Care Unit where he remained in critical condition. The next day, Trooper Cohen succumbed to a medical related illness.
There were no further details made available. TFC Cohen’s body was transported to the Office of the Chief Medical Examiner in Baltimore for an autopsy to determine the cause of death.
"This is a significant loss for the Maryland State Police family," the announcement said.  "Our heartfelt condolences go out to Trooper First Class Cohen’s family and loved ones. TFC Cohen will always be remembered for his extraordinary commitment, selfless service and unwavering dedication to the citizens of this state as a Maryland State Trooper."
TFC Cohen’s family said in a statement that “Maryland State Police fulfilled his lifelong dream for public service and law enforcement. He was proud of his job and his MSP family.”
Trooper Cohen graduated from Northeastern University with a Master’s Degree in Criminal Justice.  He then joined the ranks of the Maryland State Police after graduating with the 146th Academy Class. TFC Cohen was a member of the Maryland State Police for 4 ½ years and was assigned to the North East Barrack at the time of his death.