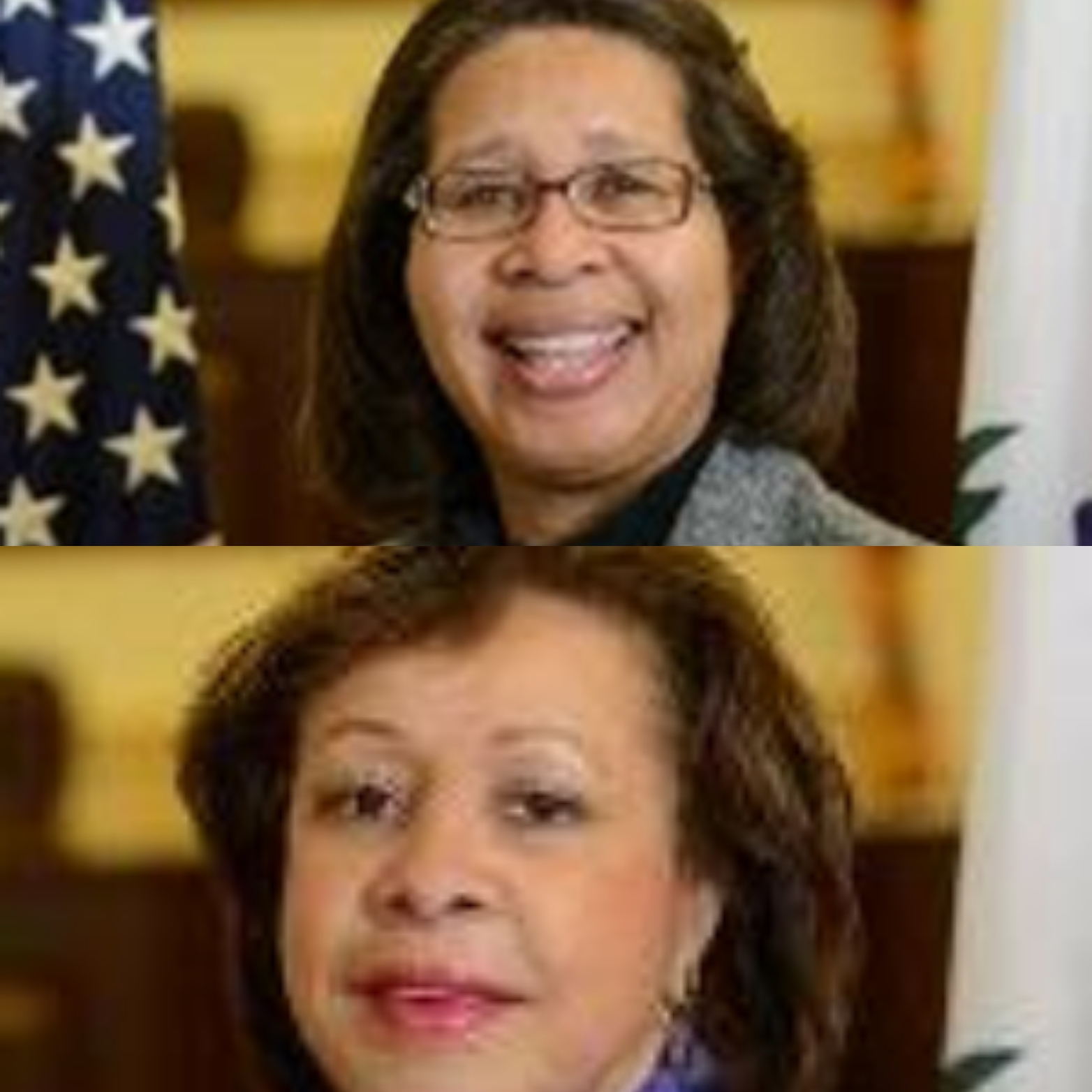 Incumbents Rhonda Pindell-Charles and Sheila Finlayson have clinched a victory over their challengers in the Annapolis City Council primary election.
The City of Annapolis Board of Supervisors of Elections conducted the third of three vote counting operations on Tuesday morning at the Anne Arundel County Board of Elections office in Glen Burnie to determine the winners of the 2021 City of Annapolis Primary Election.
The winners are three incumbent councilmembers: Alderwoman Rhonda Pindell Charles with 69 percent of the vote in Ward 3; Alderwoman Sheila Finlayson with 50.5 percent of the vote in Ward 4 and Alderman Ross Arnett with 58 percent of the vote in Ward 8.
Of the eight Annapolis aldermanic wards, only three races were contested in the September 21 primary, including Ward 3 where incumbent Democrat Rhonda Pindell Charles faced challenger Keanuú Smith-Brown; Ward 4 where incumbent Sheila Finlayson faced challenger Toni Strong Pratt; and Ward 8 where incumbent Ross Arnett faced challenger Kathleen (Kati) George.
The vote counting was conducted across three reports and concluded on Tuesday, September 28 with the final vote canvass.
The first report included 307 votes from Sept. 21 Primary Election Day in-person polling and was reviewed  after the polls closed at 8 p.m. on the same day.
The second report, and first canvass, included 414 votes from vote-by-mail and dropbox ballots and took place between 11 a.m. and 12:45 p.m. on Wednesday, Sept. 22
The third report, and final canvass, included 1,056 ballots received after Sept. 16, plus provisional and mail in ballots mailed up to and including on Primary Election Day.
The canvass results are as follows: 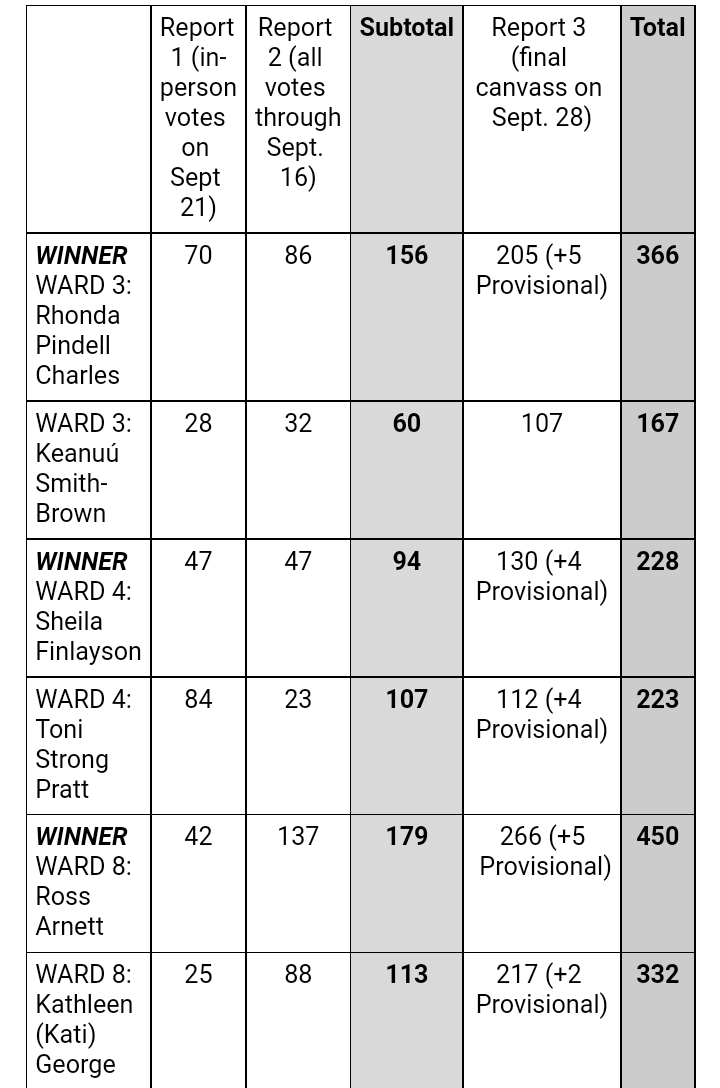 Annapolis, MD (October 5, 2021) - the Anne Arundel County Board of Elections conducted a recanvass of votes on behalf of the Annapolis Board of Supervisors of Elections on Tuesday following an official request from challenger Toni Strong-Pratt. Incumbent Alderwoman Sheila Finlayson was declared the winner of the September 21 Primary Election by just five votes, 228 to 223.

At the Tuesday recanvass, the vote total was confirmed, 228 to 223.

GENERAL ELECTION: The General Election for City of Annapolis voters will take place between October 20, 2021,  when ballots are expected to be mailed to all registered voters in the City, and November 2, 2021 (General Election Day). Voters can return their ballot, postage paid, by US Postal Service; by dropping their completed ballot in any one of eight drop box locations; or vote in-person at the polling place for their ward on General Election Day. For more information, visit: http://www.Annapolis.gov/Elections.

Voters have until Monday, Oct. 4 to register, or update their voter registration information , by visiting the FAQs on the City of Annapolis website: https://www.annapolis.gov/Faq.aspx?QID=405 or the Maryland Online Voter Registration System: https://voterservices.elections.maryland.gov