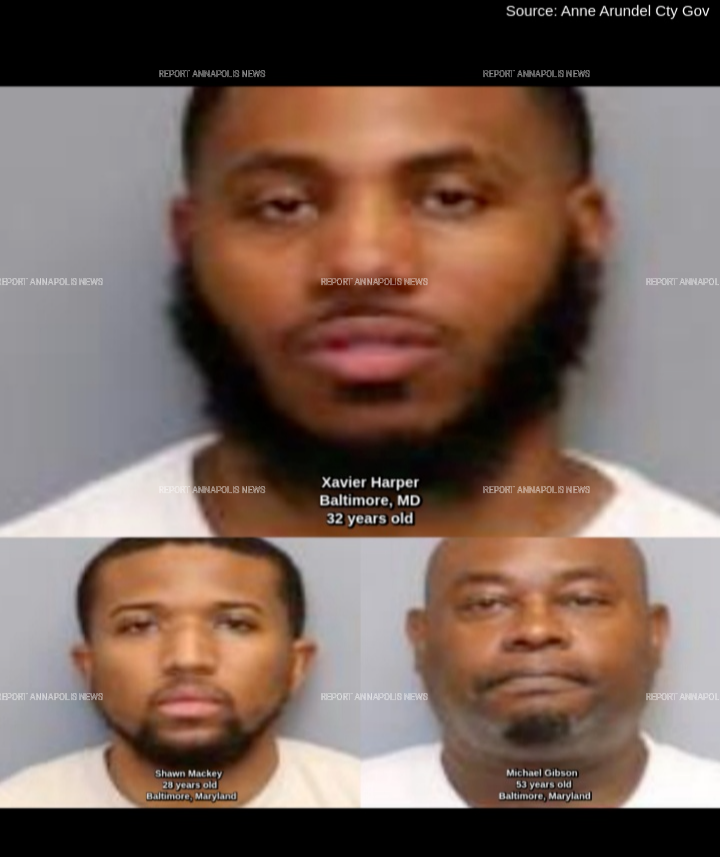 Four men, including a Baltimore area police officer, was recently arrested after allegedly attempting to steal feul from a truck stop in Millersville.
On May 30, 2022, at approximately 5:00 a.m. officers responded for a report of a theft in progress at the New Transit Truck Stop, 8400 Veterans Highway, county police said.  As the officers arrived, they reportedly observed a gold Chevrolet SUV being driven away from a U-Haul that was parked near the U-Haul.
"Based on previous similar incidents occurring within the county, officers stopped and detained the occupants of the SUV. After reviewing video surveillance footage at the scene officers learned that all four occupants of the SUV were involved in the theft of diesel fuel," a police department press release stated.  "Approximately 750 gallons of diesel were pumped into storage containers in the back of the Uhaul."
All four suspects were arrested, charged accordingly and identified by authorities as Xavier Harper, Shawn Mackey, Jacob Hartley (not pictured) and Michael Gibson.
According to court records, all four men were released on their own recognizance.
Harper, a Baltimore City School Police officer, has been suspended without pay for his role in the theft, a school system spokesperson said. He has been a school resource officer since 2019, and has an annual salary of $41,607, according to public records.
Detectives believe there are additionally liked diesel thefts. Anyone with any information is asked to call the TipLine at 410-222-4700.