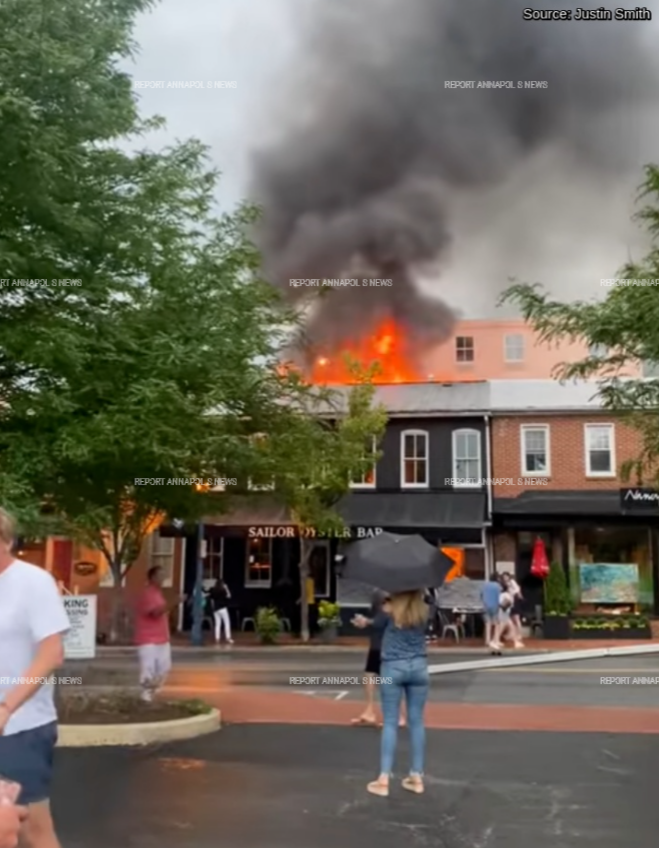 Fire officials will launch an investigation to determine what caused the building occupied by Sailor Oyster Bar in Annapolis to go up in flames.
A fire department press release said on Wednesday June 8, 2022, at approximately 8:00 p.m., firefighters were dispatched to the restaurant located at 196 West Street for multiple reports of a commercial building fire. Upon arrival, the firefighters found the two story middle of the row commercial structure with heavy fire in the rear of the building, officials said in the release.  Annapolis Fire officials said it took approximately 55 minutes to bring the fire under control.
There were no reported injuries to fire personnel or civilians. The cause and cost of damage is still under investigation by investigators of the Fire and Explosives Services Unit.
Sources tell Report Annapolis News that at least one additional nearby business was also impacted by the fire.  Representatives for Sailor Oyster Bar were not immediately available for comment.