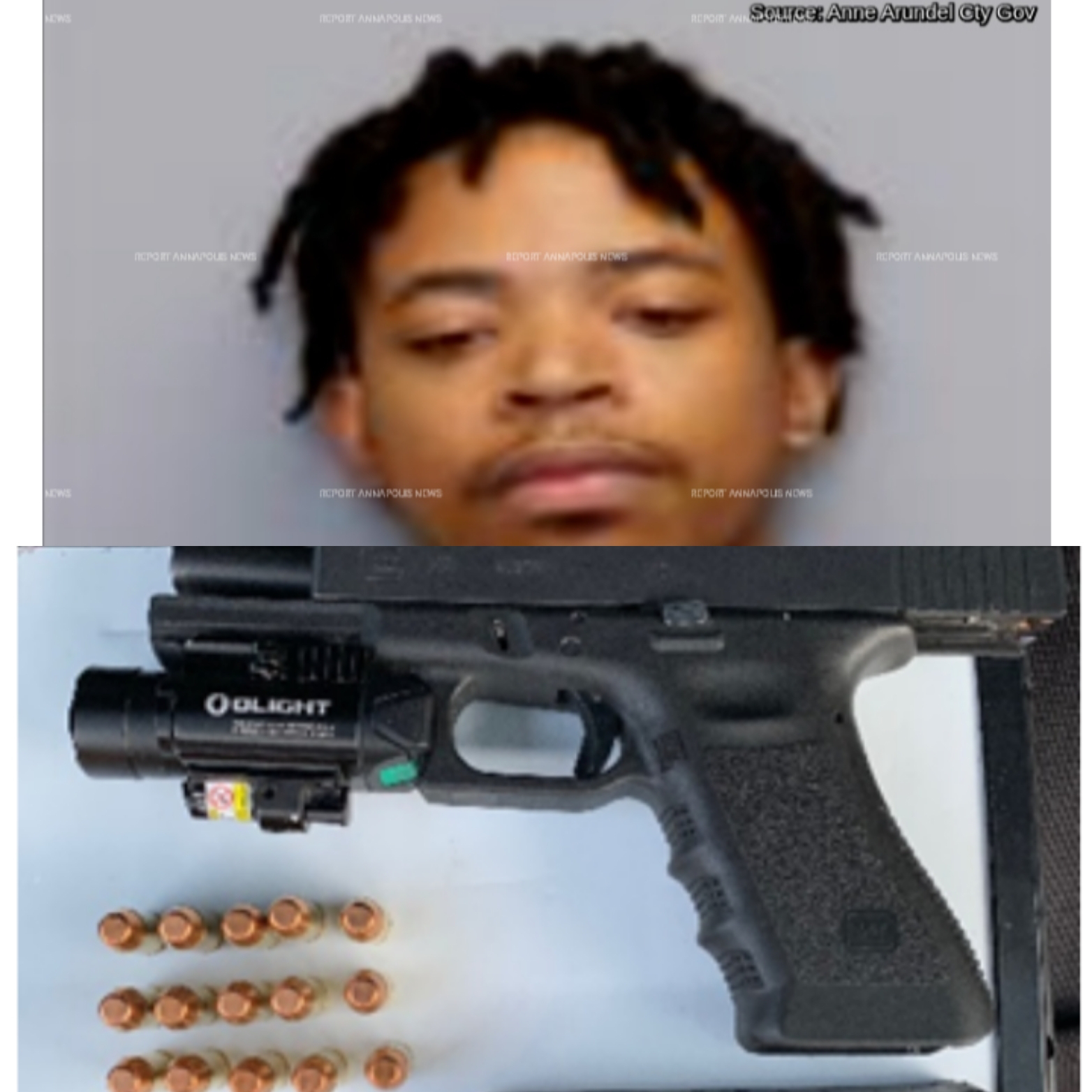 The Anne Arundel County Police Department announced the recent arrest of a man they say was found with a loaded weapon during a traffic stop in Severn.
According to the announcement, officers conducted a traffic stop on a vehicle for an equipment violation in the area of Village Square Court and Laketowne Court in Severn on June 20, 2022, at approximately 7:30 p.m. Officers reportedly detected the odor of marijuana coming from inside the vehicle. During a subsequent search of the vehicle, officers located a loaded .40 caliber handgun in the passenger compartment, police said.
The driver was arrested charged and identified by authorities as:
Eric Davis Jr.
22-year-old
Severn, Maryland
David was later released on his own recognizance, court records show.