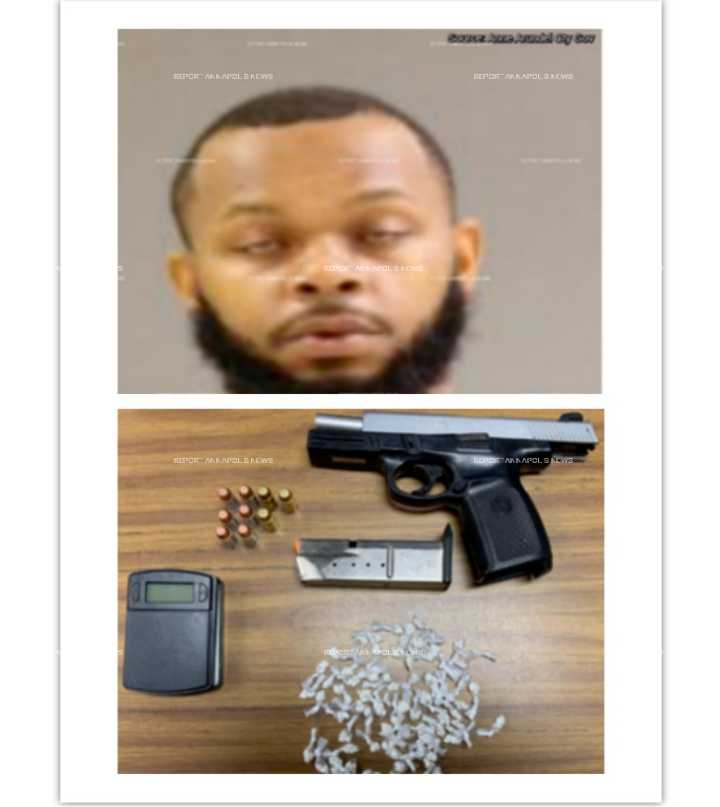 Anne Arundel County Police officers took a resident of Baltimore into custody after allegedly finding a gun and suspected drugs while conducting a traffic stop.
According to department officials, on June 11, 2022, at approximately 3:15 a.m., an officer conducted a traffic stop in the area of Severn Orchard Circle and Pioneer Drive in Severn. Police said the driver got out of the vehicle and fled on foot. The officer was reportedly able to apprehend the driver and located a loaded stolen Smith and Wesson pistol and 71 small bags containing suspected crack cocaine inside the vehicle.
The driver was arrested, charged accordingly and identified by authorities as:
Levar Montez Brown
31-year-old
Baltimore, Maryland