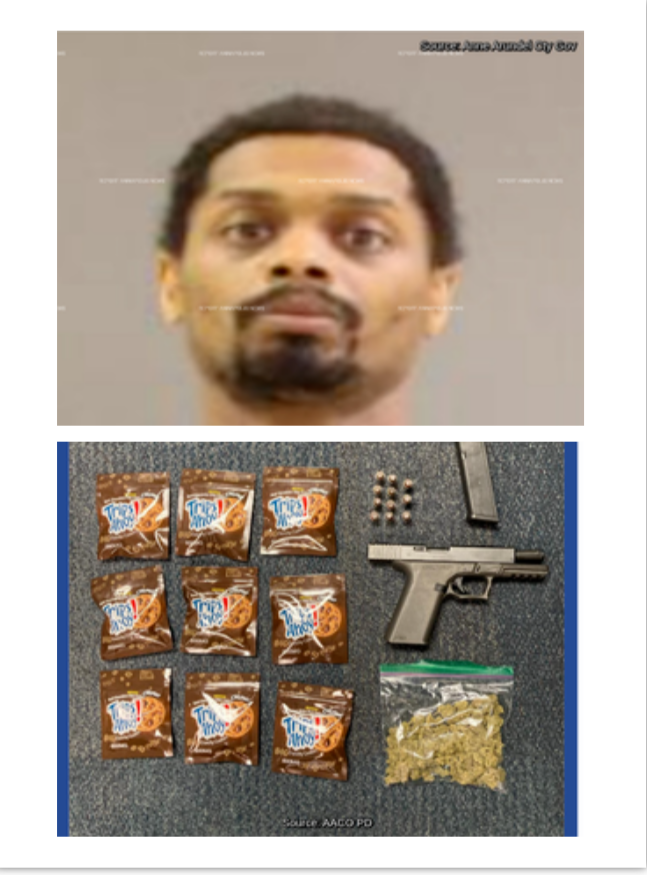 A wanted Baltimore man was recently arrested on gun and drug charges following a traffic stop in Hanover.
On May 27, 2022, at approximately 5:00 p.m. officers conducted a traffic stop for a speeding violation in the area of Dorsey Road and Magellan Road, police said. A department press release indicated that officers learned that the driver was operating the vehicle on a suspended license and had an outstanding warrant. "During a subsequent search of the vehicle, a loaded black handgun and approximately 99 grams of suspected marijuana were seized," the press release stated.
The driver was arrested, charged accordingly and identified  by the Anne Arundel County Police Department as:
Sean Anthony Hines
34-year-old