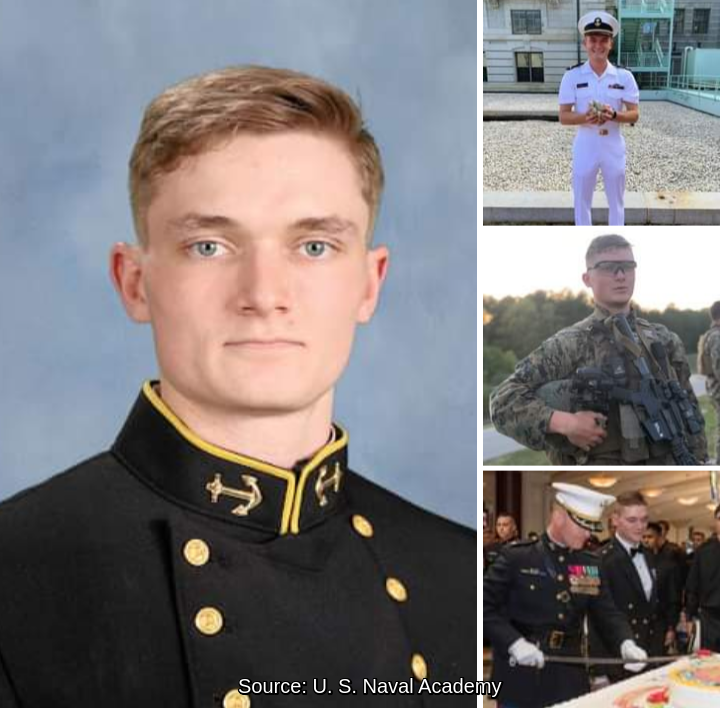 The United States Naval Academy has identified the midshipman who died while on leave.
According to a statement released by the academy, Midshipman 1st Class (senior) Taylor Connors, 24, of Pleasant View, Utah, passed away the morning of June 7 in Philadelphia with family at his bedside. The circumstances surrounding his death are currently under investigation; foul play is not suspected, the announcement stated.
“Our Naval Academy community is mourning a tragic loss this week of a life taken far too soon – Midshipman Taylor Connors honorably served his nation as a Marine and as a midshipman,” said Vice Adm. Sean Buck, 63rd Superintendent, U.S. Naval Academy. “Through the grieving process, I encourage members of the Brigade, faculty, and staff to reach out and offer support to one another from near and far this summer. My wife, Joanne, and I, and the entire Naval Academy community have Taylor’s family, friends, and fellow Marines and midshipmen in our thoughts during this difficult time.”
Connors attended Utah Military Academy where he attained the rank of group commander, responsible for over 250 cadets. He played varsity soccer and wrestled, was a member of the National Honor Society and a Boy Scout. He enlisted in the U.S. Marine Corps in 2016, achieving the rank of corporal before receiving a Secretary of the Navy nomination for an appointment to the Naval Academy. Connors reported to Annapolis with the class of 2023 in June of 2019.