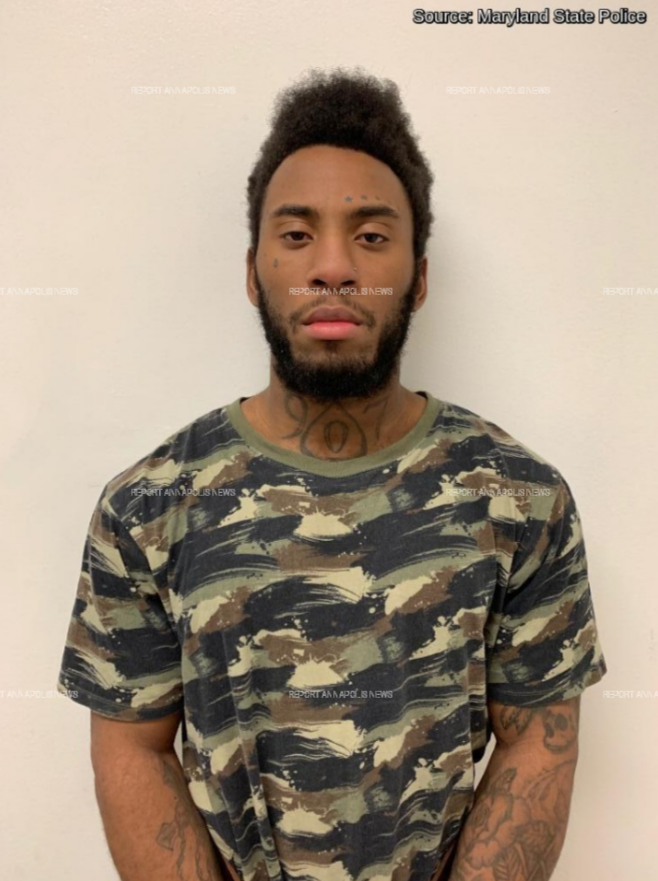 Maryland State Troopers have reportedly arrested a man following an alleged road rage incident near Glen Burnie.
According to a press release issued by authorities, officers responded to southbound 97 and Dorsey Road for a crash shortly before 7:30 p.m., on June 17, 2022. Upon their arrival, it was determined that a black Ford Edge, driven by 21-year old Decoste Ables, Jr, and a Dodge Ram pickup truck were involved in the collision.
"Police on the scene were advised that Ables had brandished a firearm out of his window in an alleged road rage incident preceding the crash," the press release said.  "During the course of the investigation, police located the firearm and determined it was reported stolen in Baltimore City."
Ables was taken into police custody without incident, and no one was injured during the incident, Maryland State Police said.  Court records indicate that Ables has been charged with 1 felony and 8 misdemeanor offenses related to the alleged incident.  A court commissioner ordered Ables to be held without bond at the Jennifer Road Detention Center.