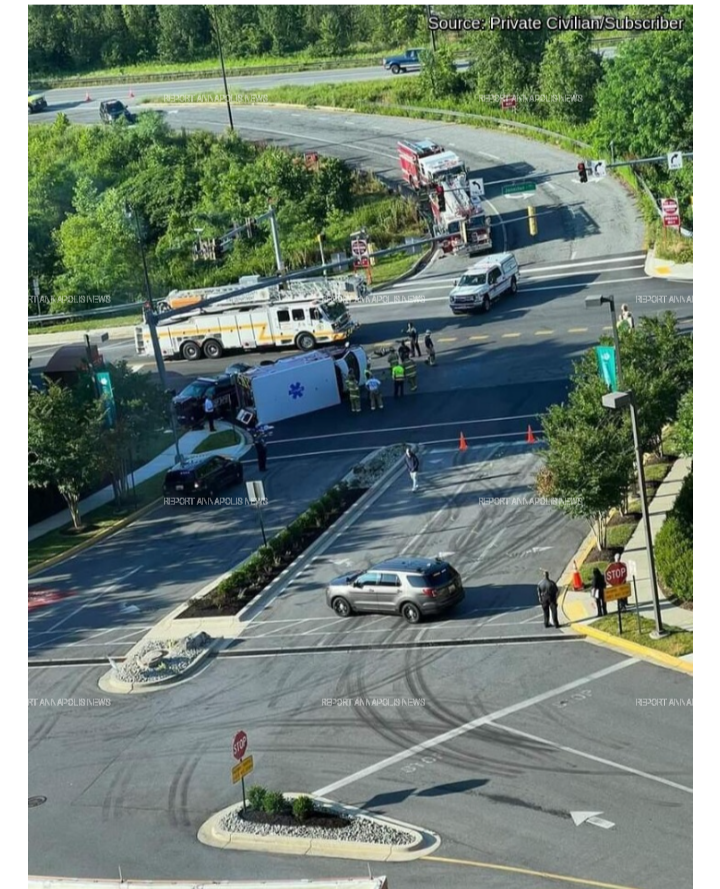 Five people were hospitalized after an accident involving a police vehicle and an overturned Naval Academy ambulance occured in Annapolis.
The Anne Arundel County Police cruiser and ambulance were involved in the accident that occurred on Jennifer Road at 7:16am, on June 24, police said.  A patient and three fire department personnel, who were inside of the ambulance at the time of the crash, and the officer behind the wheel of the cruiser, were all evaluated at a nearby hospital.
No serious or life-threatening injuries were reported. Further details are expected once a traffic safety investigation is completed.